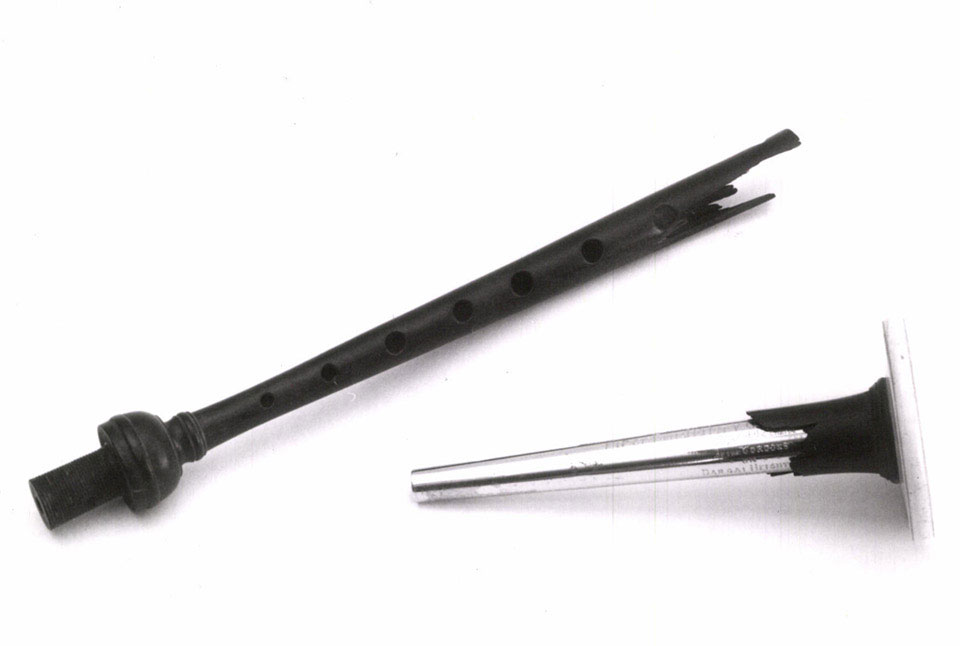 The dedication on this broken chanter reads: 'The smashed chanter on which Piper Findlater VC played at the charge of the Gordons on Dargai Heights Oct 20 1897'.

George Findlater of 1st Battalion The Gordon Highlanders was awarded the Victoria Cross (VC) during the Tirah Field Force's assault on the heights of Dargai. During the attack, the force suffered heavy casualties in the open ground in front of the Afridi's positions. The assault faltered, but eventually the ridge was stormed by the Gordons and 1st/2nd Gurkhas to the sound of Findlater's bagpipes. He had continued to play despite being shot in both feet and unable to stand. Under heavy enemy fire, he sat up and played the bagpipes to encourage his comrades in their difficult, uphill attack.