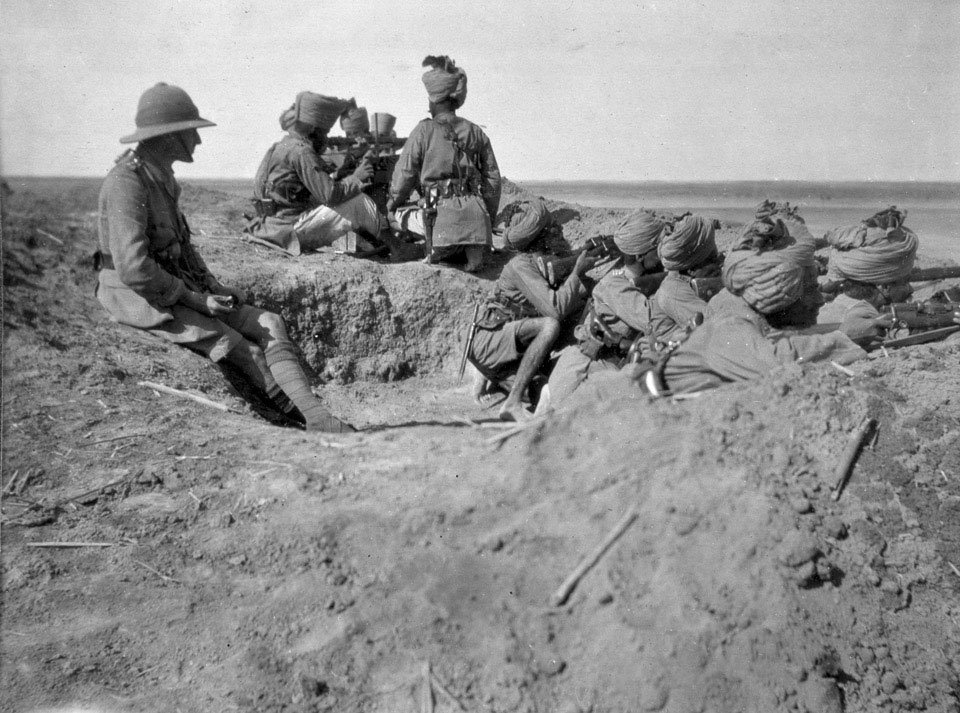 The bulk of the British forces engaged against the Ottoman Turks in Mesopotamia (now Iraq) were from the Indian Army. Here a group from the 120th Rajputana Infantry train with a machine-gun and rifles while their British officer, Captain W. Andrews, looks on. Andrews was later killed in action at the Battle of Shaiba on 12 April 1915.