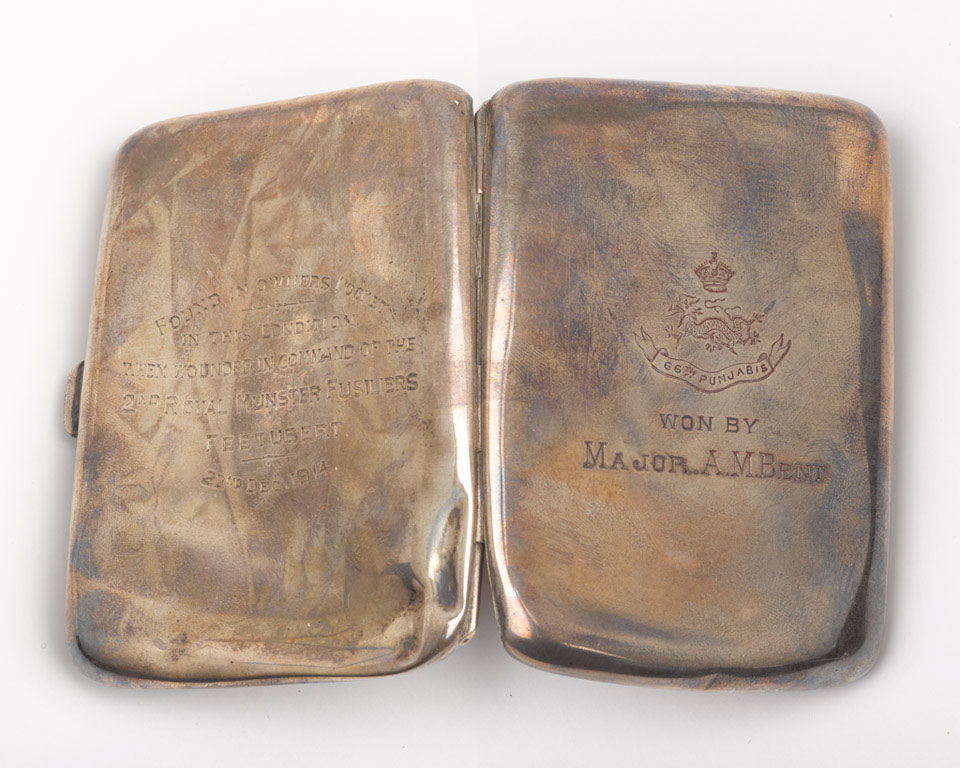 Lieutenant-Colonel (later Colonel) Arthur Milton Bent commanded 2nd Battalion The Royal Munster Fusiliers on the Western Front in 1914. This silver cigarette case was in Bent's pocket when he was severely wounded in action at Festubert, France, on 22 December 1914. Bent endured a harrowing ordeal in no-man's land before he was rescued. The regimental historian, Captain S McCance, recounted how:

'Colonel Bent had a miraculous escape. The whole of his side was laid open by a shell, his intestines being completely exposed to the air. But for the fact that he fell on a dead German he would undoubtedly have been drowned. In spite of this terrible wound, eighteen hours' exposure, frostbite, and double pneumonia, he lives to tell the tale'.