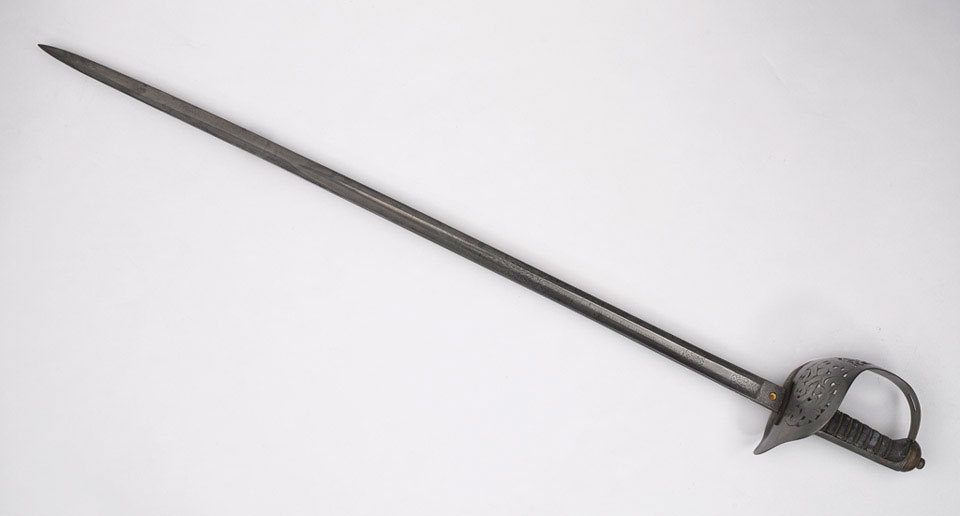 Made by Henry Wilkinson, the blade of this officer's presentation sword is inscribed with the dedication and the guard is inset with the monogram of Edward VII, showing that the blade was rehilted at a later date.

The Sword of Honour was presented by the Commandant to the cadet considered to be the best on their course. James Edmonds (1861-1956) received it in 1881; it is inscribed 'For Exceptional Conduct'. Edmonds' intellect was such that his fellow Woolwich cadets nicknamed him 'Archimedes'. He was commissioned into the Royal Engineers and went on to become a brigadier-general, working in military intelligence for many years and serving as a staff officer on the Western Front during 1914-18. Edmonds was also responsible for compiling the 28-volume 'Official History of the Great War', writing half of the volumes himself.