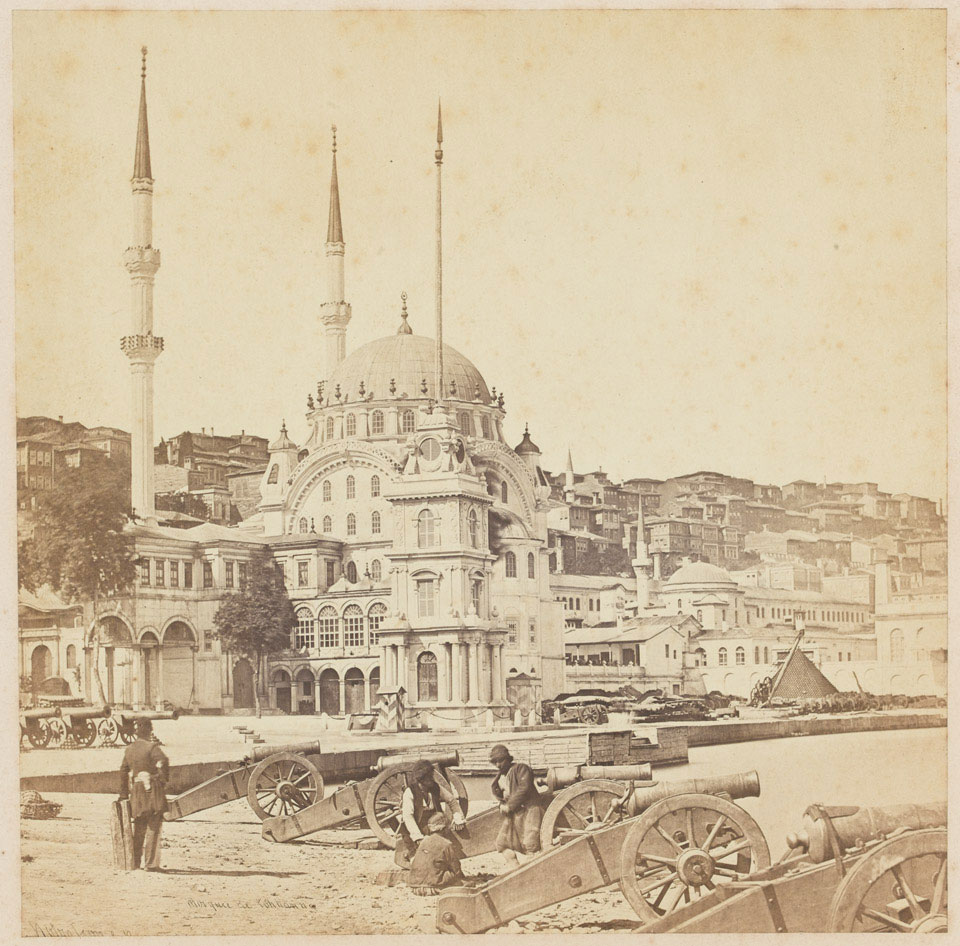 Artillery park on the shores of the Bosphorus with the Mosque of Kohhanna in the background, 1855 (c)

James Robertson was a coin engraver who in 1841 took up the position of chief engraver to the Imperial Mint in Constantinople. In the early 1850s he opened a photographic studio with his brother-in-law, Felice Beato, and in 1853 an album of his photographic views of Constantinople was published in London. In this photograph he shows the Turkish capital geared up for war, with a row of artillery pieces set against the evocative backdrop of a mosque on the shores of the Bosphorus. Robertson would later visit the Crimea and take photographs of Sevastopol after its capture.