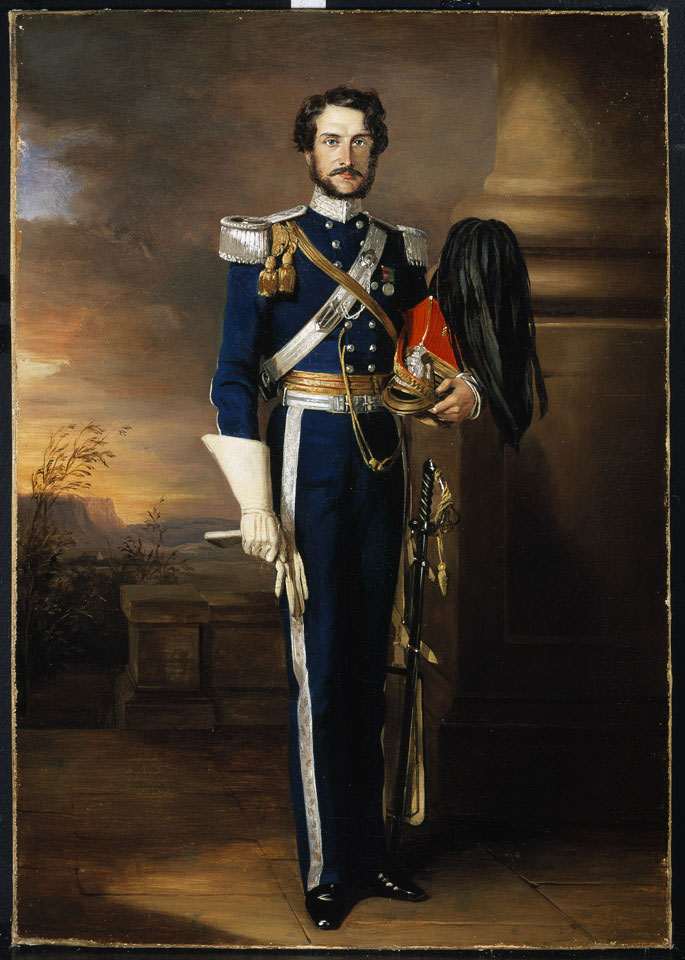 This full-length portrait of an unidentified officer holding a chapka in his left hand and a white gauntlet in his right depicts the subject standing by a pillar with an Indian landscape visible in the background. Originally raised in 1817 as the 1st Bombay Light Cavalry, his regiment became lancers in 1842. This is the first lancer uniform worn by its officers. In 1923 the regiment became the 13th Duke of Connaught's Own Lancers.

The son of Sir William Beechey, portraitist to King George III, George Beechey worked in Bengal as an artist, and this painting is one of many he completed of British and Indian soldiers, diplomats and courtiers. It is typical of his style, which used clean, crisp lines and rich shades.

In 1834 Beechey was eventually appointed Court Painter and Controller of the Household to the King of Oudh (now Awadh). By marrying the king's daughter, Hussaini Begum, he established himself as an influential official, though he continued painting until his death. He is said to have died of grief after the ship carrying his best portraits to England was sunk, and his spirit reportedly haunted his former house in Lucknow for many years afterwards.