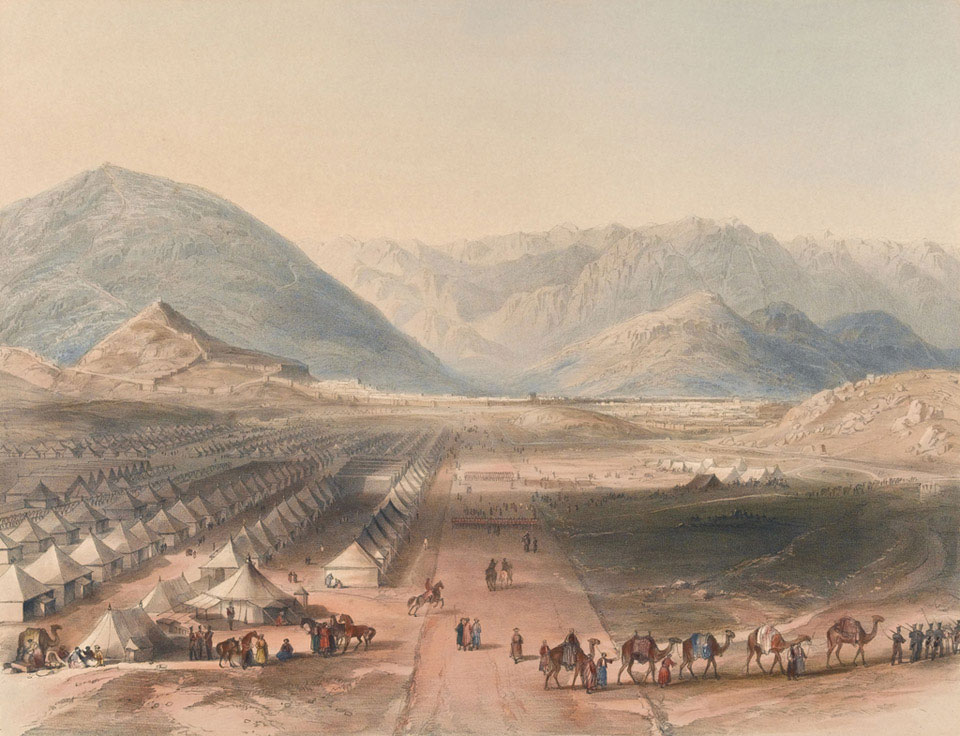 'Encampment of the Kandahar Army, under General Nott, outside the Walls of Caubul [sic], on the Evacuation of Afghaunistan by the British', 1842

Following the uprising against Shah Shuja and the British, Major-General Sir William Nott's army successfully defended Kandahar and then relieved the besieged garrison at Kelat-i-Ghilzai. Nott was then ordered by Lord Ellenbourough, the new governor-general of India, to return to India via Kabul. He arrived at the Afghan capital on 17 September 1842, two days after Major-General Sir George Pollock's force had arrived from Peshawar.

After releasing the hostages and blowing up the bazaar in revenge, both armies left Kabul on 12 October. They regrouped at Jellalabad and then marched through the Khyber Pass to India. Nott's rearguard was harassed during the retreat, but no major opposition was encountered.