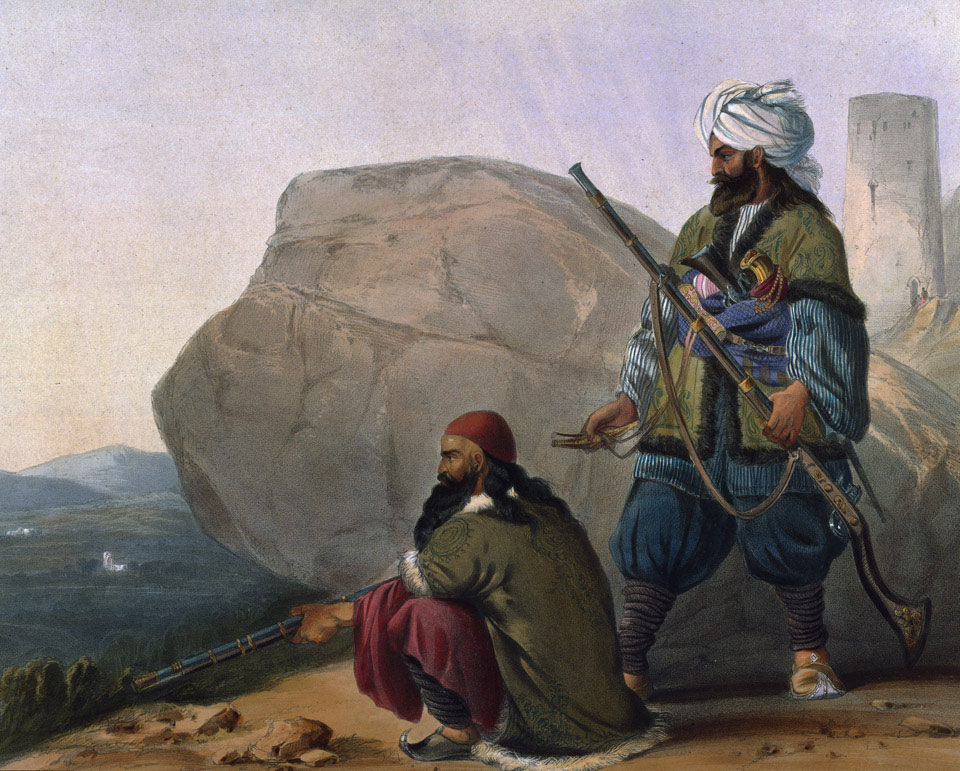 'Afghaun foot soldiers in their winter dress with entrance to the valley of Urgundeh', 1842 (c)

During the winter, Afghanis wore a shirt (kameez) under a wool-lined half-jacket and thick cloth trousers fastened by a rope around the waist. The men shown here belonged to a British irregular unit raised in Kohistan, a region to the north-east of Kabul. Under the command of Lieutenant Richard Maule, Bengal Artillery, the so-called 'Kohistan Rangers' were part of Shah Shuja's force. Rattray himself left Kohistan in September 1841, but Maule, his subaltern and sergeants were murdered by the troops under their command on 3 November 1841 at Kahdarrah.

From a set of lithographs entitled, 'Scenery, inhabitants and costumes of Afghaunistan', published by Hering and Remington, London, 1847.