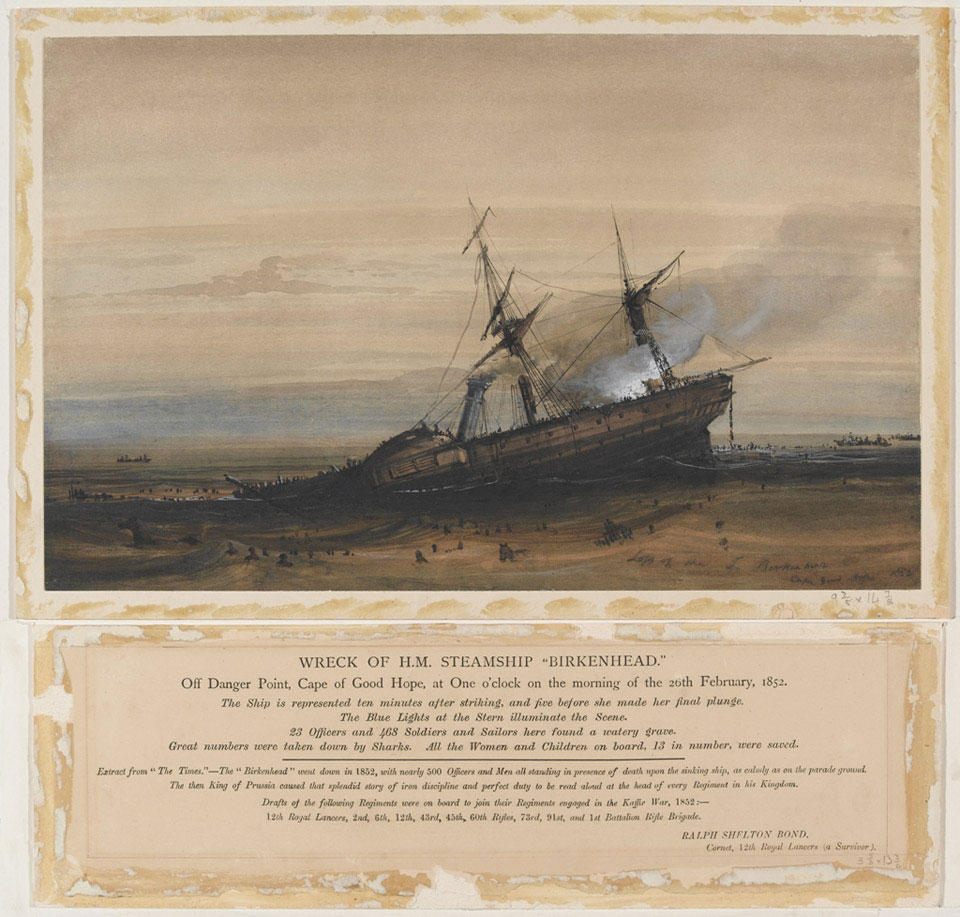 The steam transport 'Birkenhead' sank off the coast of South Africa on 26 February 1852. She was carrying 480 officers and men as reinforcements for the 8th Cape Frontier War (1850-1853). Besides the soldiers and crew, there were about 26 women and children on board. As the ship broke up, Colonel Seton of the 74th Foot called on the soldiers to 'Stand fast!'. If they jumped overboard they might endanger the boats, which were close by. They kept ranks and went down with the ship in shark-infested waters.

There were only 193 survivors out of 638 passengers and crew; but all the women and children were saved. The incident captured the world's imagination and the story was read aloud to every regiment in the Prussian Army as an example of supreme discipline, courage and self-sacrifice. The disaster gave rise to the 'Birkenhead Drill' meaning 'women and children first'.