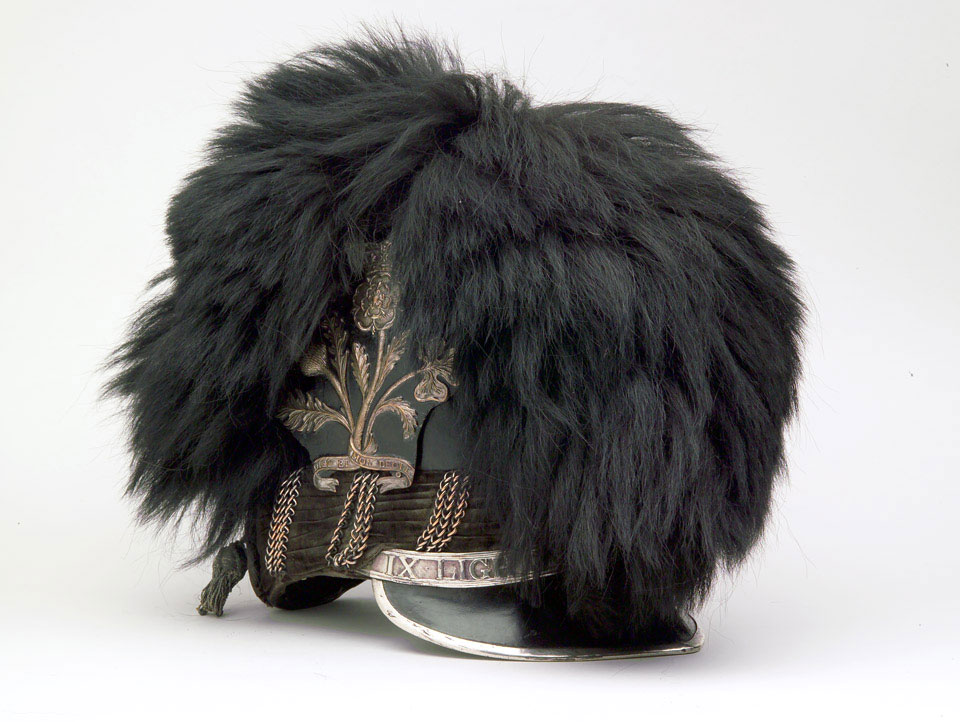 This pattern of helmet was named after Lieutenant-Colonel Sir Banastre Tarleton who commanded the British Legion during the American War of Independence (1775-1783). With its velvet turban and bearskin crest the tarleton was regarded as 'the handsomest' of helmets and was reportedly much admired by foreign forces at the time.