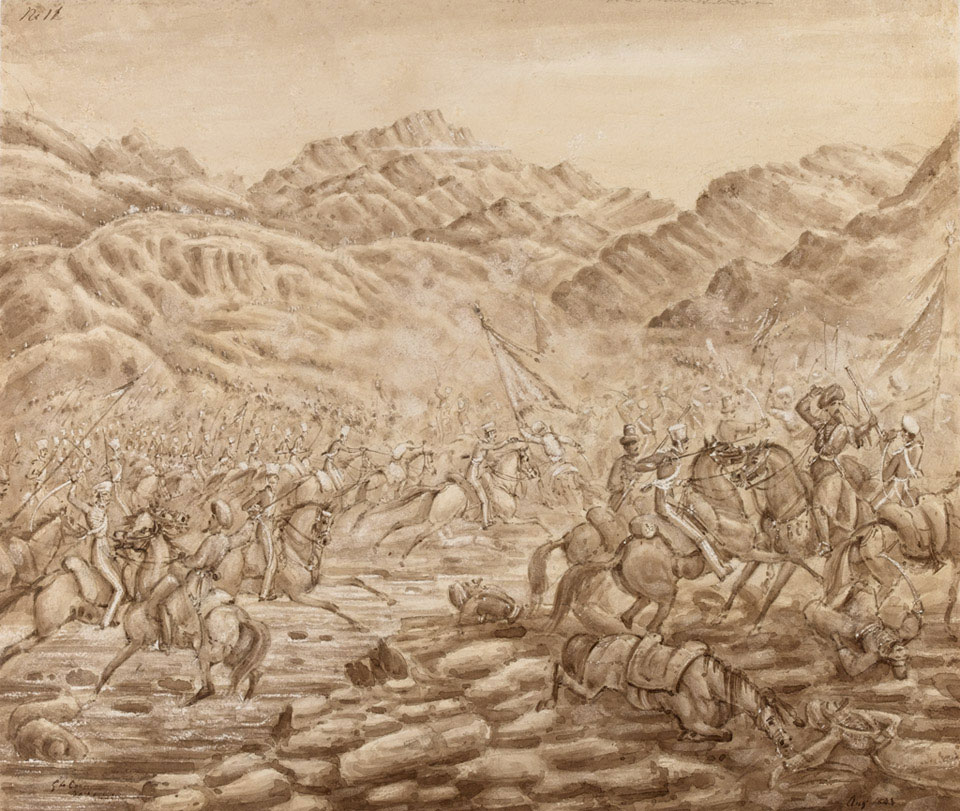 'Charge of the Cavalry of the rear Guard at the Battle of Tezeen, 1842'

During the final phase of the 1st Afghan War (1839-1842) Major-General Sir George Pollock's Army of Retribution reached Tezeen on 11 September 1842. Akbar Khan had hoped to strike a deal with the British but when he realised that they intended to march on Kabul he led his army through the Khoord-Kabul Pass to the Tezeen Valley. The Afghans occupied the heights around the valley but a series of sorties on 12 and 13 September drove them back in disarray. This victory left the way clear for the advance to the Afghan capital.