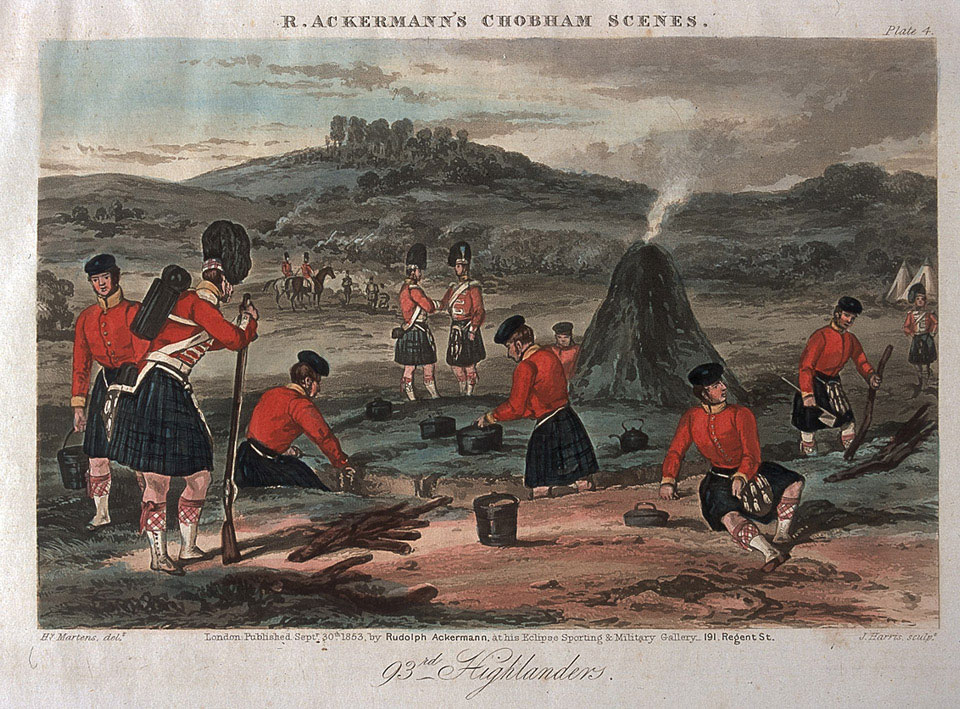 Aquatint by J Harris, after H Martens, published by Rudolph Ackermann at his Eclipse Sporting and Military Gallery, London, 30 September 1853.

In 1853 Chobham Camp was the scene of the first large-scale manoeuvres in Britain since the Napoleonic Wars. Unease at Russia's ambitions in the Balkans and eastern Mediterranean prompted an increase in British military activity. These preparations proved invaluable in the Crimean War of 1854-1856.

From 14 June to 25 August 8,000 men, 1,500 horses and 24 guns mustered on the heathland in Surrey for drill, field operations and parades, under the command of Lieutenant-General Sir (later Field Marshal) John Colbourne, 1st Baron Seaton. It attracted large crowds of spectators, including royalty and foreign dignitaries, and was recorded in numerous paintings and prints.