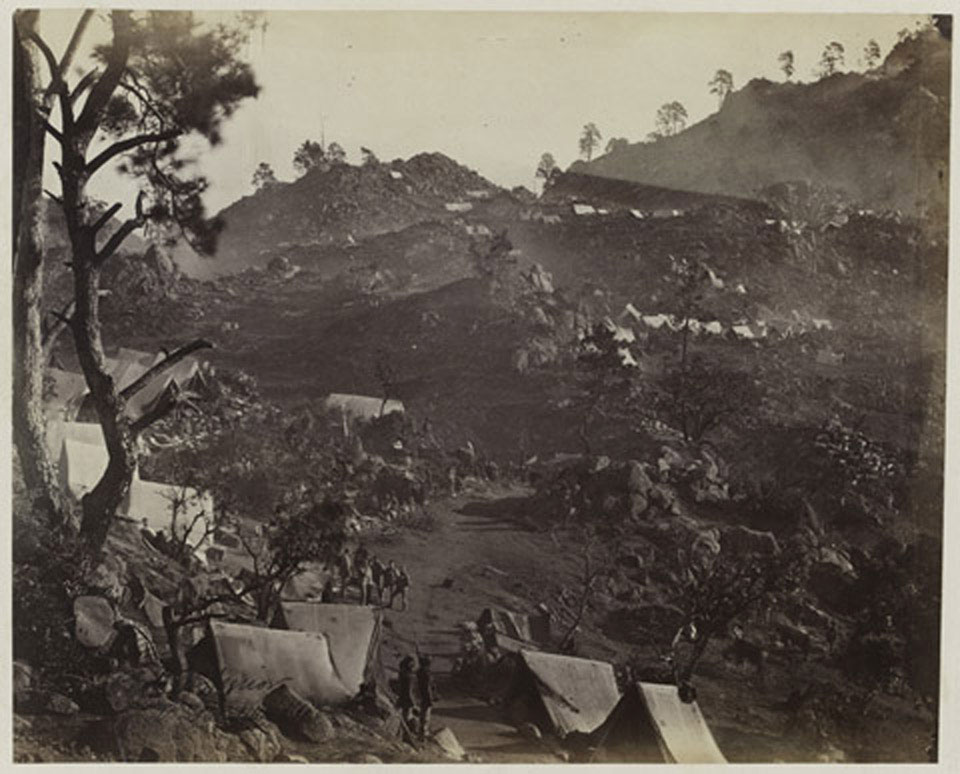 The Umbeyla campaign, undertaken between 20 October and 23 December 1863, was directed against Muslim tribesmen in Sittana and focused on the village of Malka. The tribesmen had harboured Indian mutineers in 1857 and were still resisting British rule over a decade later. The Yusafzai Field Force under General Sir Neville Chamberlain advanced up the Umbeyla Pass against strong opposition. Heavy casualties were sustained during attempts to hold the 'Eagle's Nest' and 'Crag Piquet'. The troops were organised into two brigades which drove the rebels out of the valley and a small party then burnt Malka. The expedition suffered 238 dead and 670 wounded.

From an album of 43 photographs.