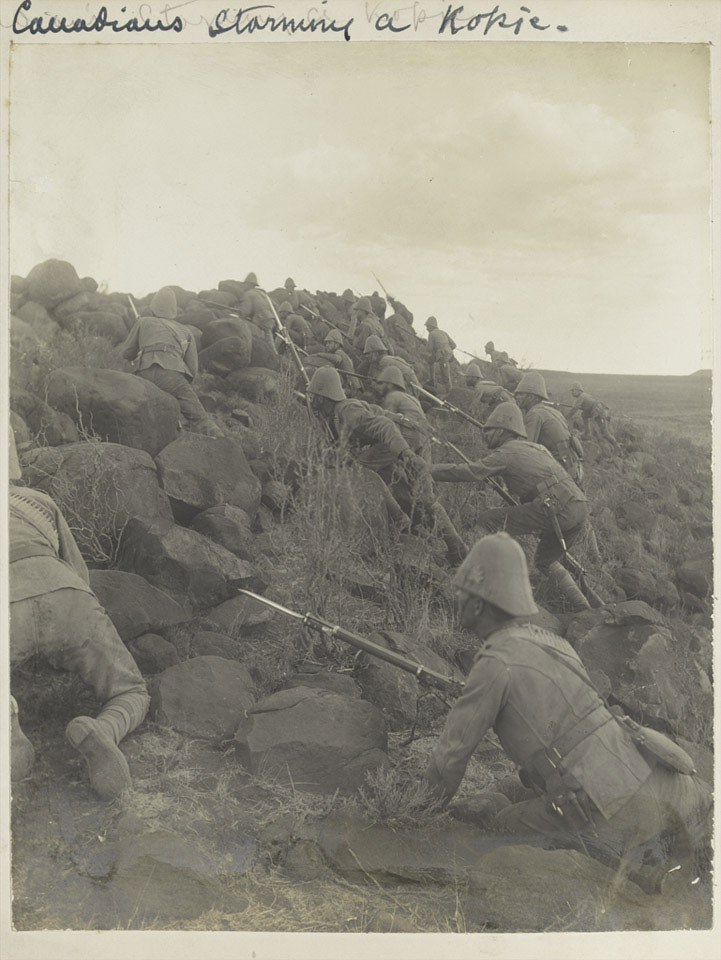 Although Canadian public opinion was not at first universally in favour of supporting Britain in its war against the Boer republics, some 7368 Canadians fought on the imperial side during the conflict, all of them volunteers with previous service in the Canadian Militia. The first Canadian unit to arrive was the 2nd (Special Service) Battalion, Royal Canadian Regiment, which took the field virtually untrained but performed most creditably at Paardeberg in February 1900 where its casualties numbered 34 dead and nearly 100 wounded.

The units that followed, apart from a brigade of artillery and medical and support units, were cavalry or mounted rifles: the Royal Canadian Dragoons, Lord Strathcona's Horse and 1st to 6th Canadian Mounted Rifles. The Canadians won a reputation for toughness and valour although their administration and equipment was criticised. At least 270 Canadian soldiers were killed or died of disease during the course of the campaign and 252 wounded.

From an album of 106 photographs taken by Captain J A Holson and compiled by Colonel A S Pratt, 82nd Battery, Royal Artillery.