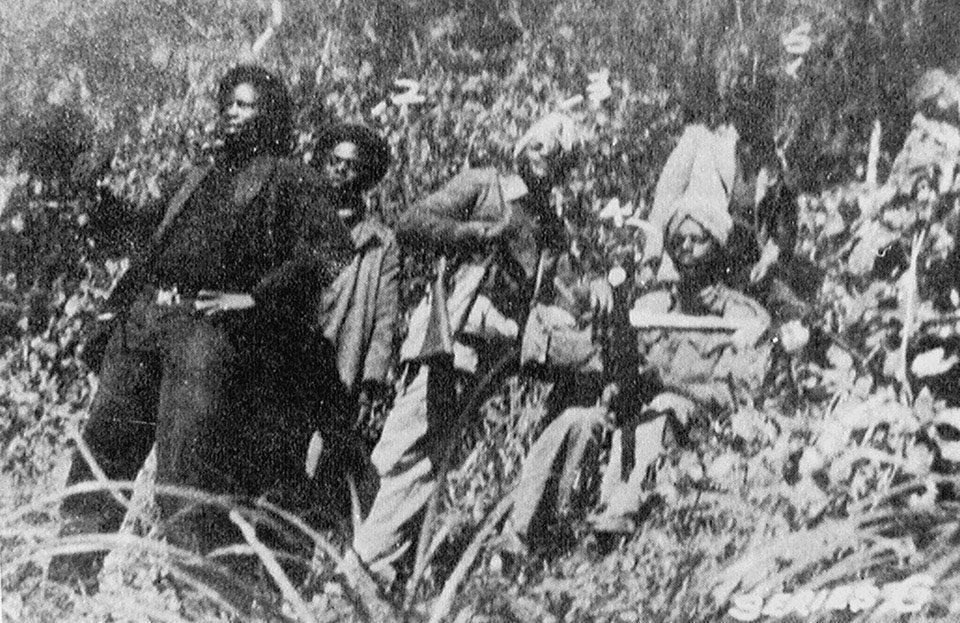 In 1952 elements of the Kenyan Kikuyu tribe, known as the Mau Mau, began a guerrilla campaign against Europeans and fellow Africans. Although it contained many elements of anti-colonialism, the rising was primarily about land ownership and who was to rule Kenya once the British withdrew. Many Kikuyu had lost land to white settlers during the previous decades.

Although the Mau Mau murdered a number of white settlers, the vast majority of their victims were loyalist Africans. By the end of the emergency, 32 European civilians had died at the hands of the Mau Mau but so had over 1,800 Africans. Mau Mau guerrillas may have totalled 25,000, but they had few modern weapons. Even so, it took the Army and police over four years to defeat them.