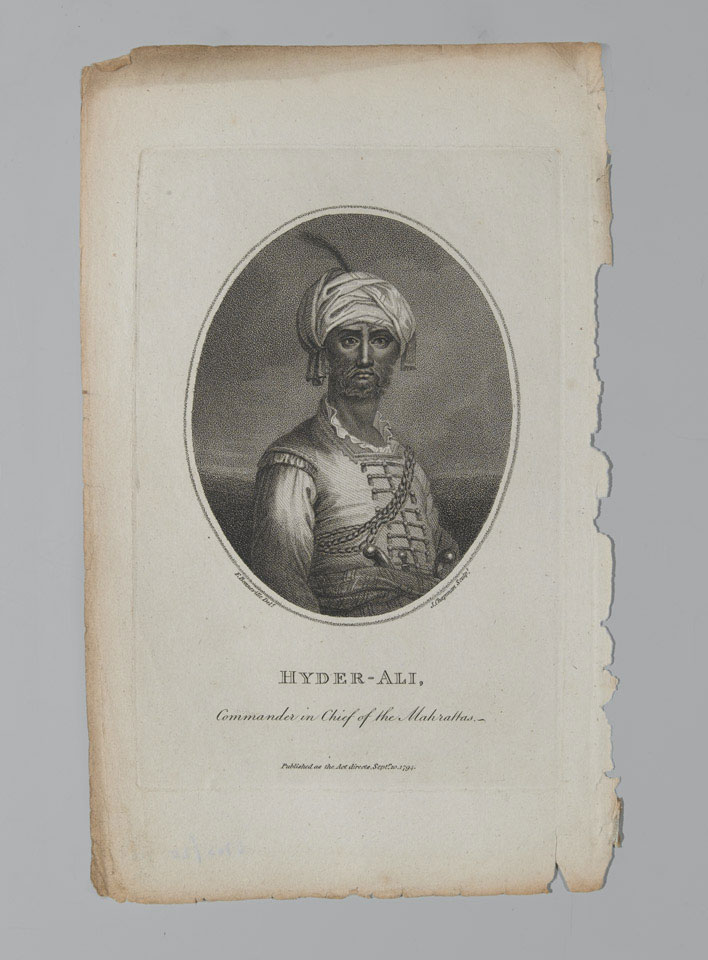 Print after Bonneville, engraved by Chapman.

The ruler of the state of Mysore, Hyder Ali, sided with the French following the annexation of lands belonging to one of his dependants. During the 2nd Mysore War (1780-1784) his 90,000 strong army defeated a British-Indian force at Parambakum on 10 September 1780. Sir Eyre Coote was then sent against Hyder Ali with a larger force. He defeated him at Porto Novo on 1 July and Pollilore on 27 August 1781.