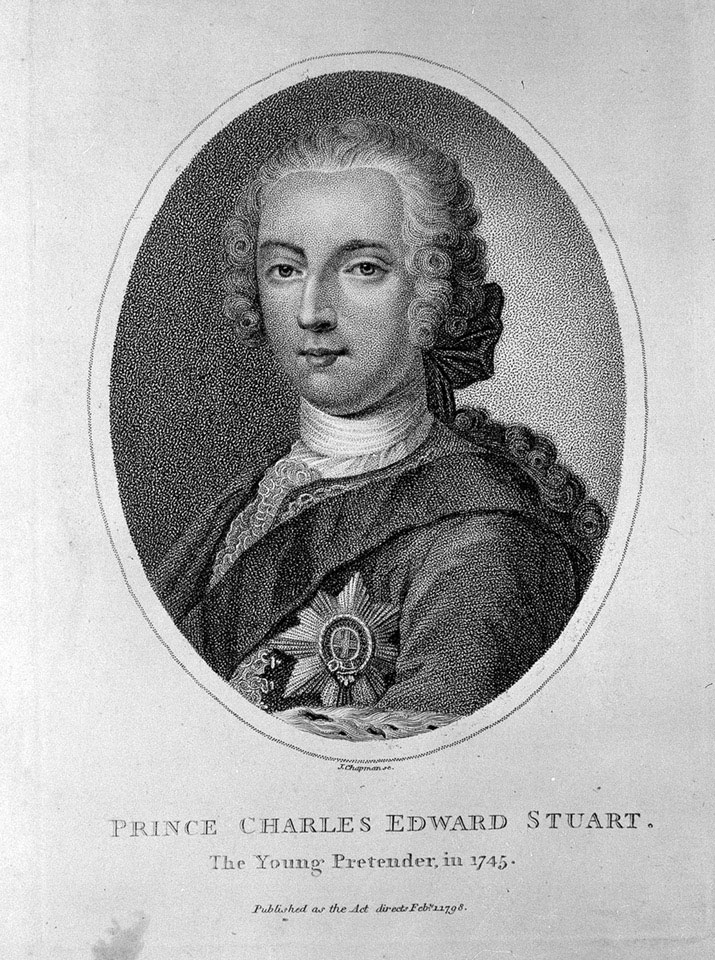 The Jacobites, supporters of King James II and his descendants, sought to restore the House of Stuart to the British throne. In July 1745 James's grandson, Charles Edward Stuart, or 'The Young Pretender', landed in the Hebrides from a French frigate. On 19 August he raised his standard at Glenfinnan. About 2,000 Highland clansmen rallied to his cause and on 17 September he entered Edinburgh and proclaimed his father James the King with himself as Regent.

On 21 September 1745 he defeated the only government army in Scotland at the Battle of Prestonpans and then marched south at the head of around 6,000 men. Having taken Carlisle, Charles' army progressed as far as Derby. Here, despite the objections of the Prince, the decision was taken by his advisors to return to Scotland, largely because of the lack of support from English Jacobites that Charles had promised. He was now pursued by King George II's son, the Duke of Cumberland, who defeated him at the Battle of Culloden on 16 April 1746. Charles was forced into exile and spent the rest of his life in France and Italy.