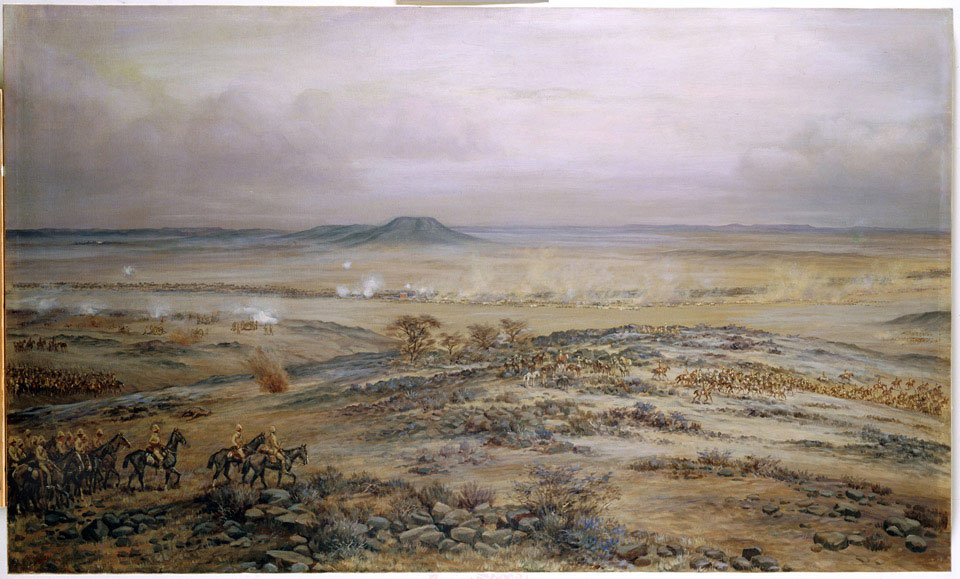 The Attack on Cronje's Force at Vedute Drift near Paardeberg, 1900

On 17 February 1900, during the Boer War (1899-1902), retreating Boer forces led by Piet Cronje from the South African Republic were surprised at a crossing of the Modder River by Lieutenant-General French's cavalry brigade, which had arrived from Kimberley.

Accompanied by their families, the Boers chose to take up a defensive position on the north bank of the river. They successfully resisted a frontal attack by Major General Lord Kitchener on 18 February but lack of supplies and a continuing bombardment forced their surrender a few days later. Paardeberg was the first significant British victory of the war, with over 4,000 Boer prisoners taken.

'The Graphic' employed Giles, a veteran of the 1st Sudan War (1884-1885), as a special artist during the Boer War; he was present at the Relief of Kimberley and the later capture of Cronje.