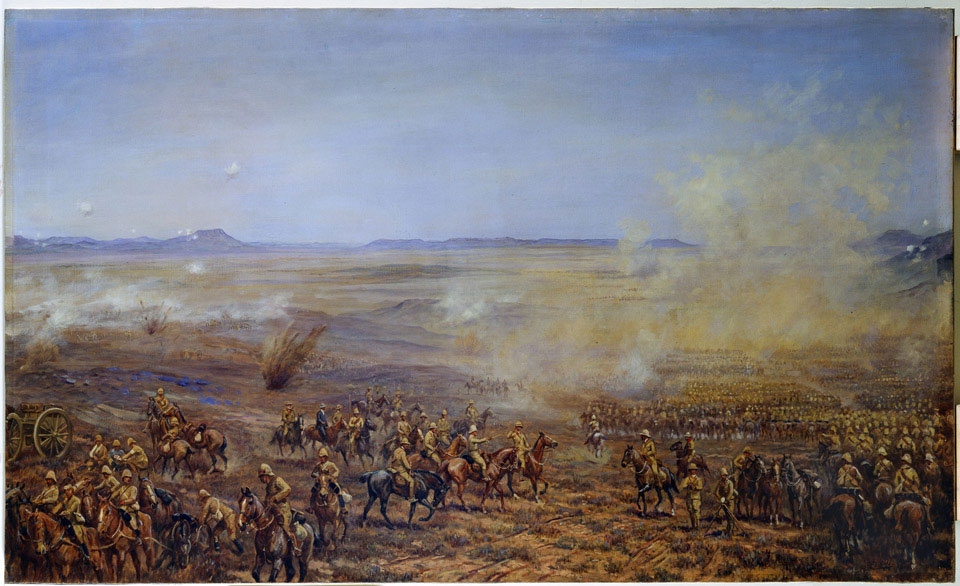 The Advance of French's Cavalry Brigade to Relieve Kimberley, 13 February 1900

At the outset of the Boer War (1899-1902) in October 1899 Boer forces besieged the town of Kimberley in Cape Colony. A British relief column commanded by Lord Methuen moved to its rescue in November, but was stopped in the battles of the Modder River and Magersfontein.

Finally in February 1900, a cavalry brigade commanded by Lieutenant-General French seized the crossings of the Modder River. This painting shows the Boers being driven off by the Royal Horse Artillery. French entered Kimberley on 15 February 1900.

The artist was probably an eyewitness to this event, as he accompanied French's brigade as a correspondent for 'The Graphic'.