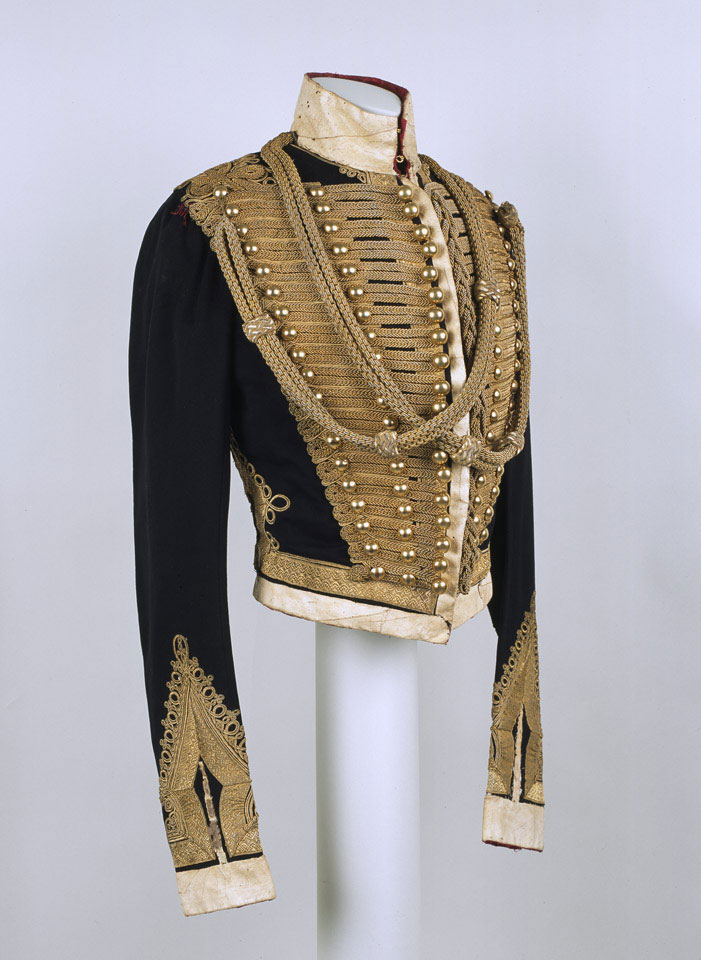 Both officers and men of hussar regiments wore the pelisse, or over jacket, which reflected the Hungarian origins of the hussar's style of dress. To enable the pelisse to be worn over the left shoulder, there was a yellow cord loop fitted at the collar. During the Crimean War (1854-1856), hussars were expected to wear pelisses in place of greatcoats; however, upon landing, pelisses of both the 8th and 11th Hussars were left on board the transport ships and not returned until November 1854.

Lord Cardigan had taken command of the 11th Light Dragoons in 1836. On 11 February 1840 the 11th Light Dragoons were chosen to escort Prince Albert from Dover to London for his marriage to Queen Victoria. In recognition of this, the Prince became Colonel-in-Chief of the Regiment and its title was changed to the 11th (Prince Albert's Own) Hussars. With the change of designation came a change of uniform - the extravagant new one was reputedly chosen by Prince Albert himself - which, given that it was made by a Bond Street tailor, suggests that the report Cardigan lavished £10,000 a year on clothing and mounting his regiment is perhaps not fanciful.