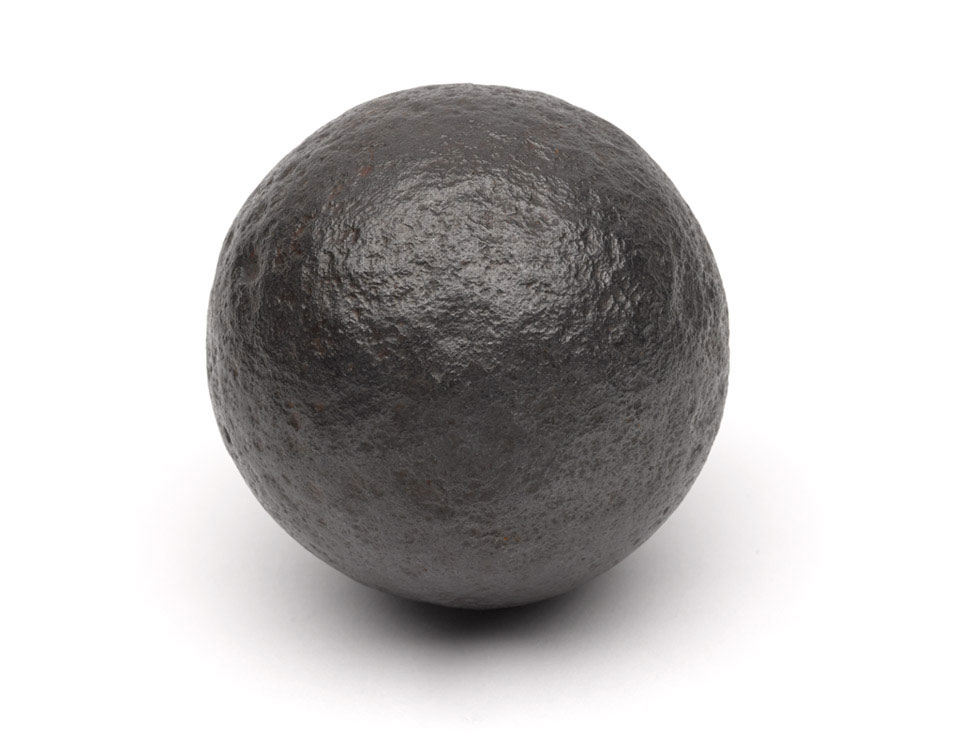 This ball weighs 51/4 pounds and would have been fired from a cannon known as a saker. During the seventeenth century cannon were classified by name rather than the weight of shot fired. The saker, named after a type of falcon, was the most common field-piece of the day. Contemporary drill manuals reckoned it to weigh 1,900 pounds, with a maximum range of 1,500 paces.

Solid iron shot of this type killed or wounded by strike or ricochet, not by explosion. Explosive shells (hollow iron balls filled with gunpowder), fired from mortars, were both more difficult and dangerous to use, and were employed only in sieges. Artillery was employed with varying success during the English Civil War (1642-51), but at Naseby it was little used, even though each side had eight sakers amongst its artillery.