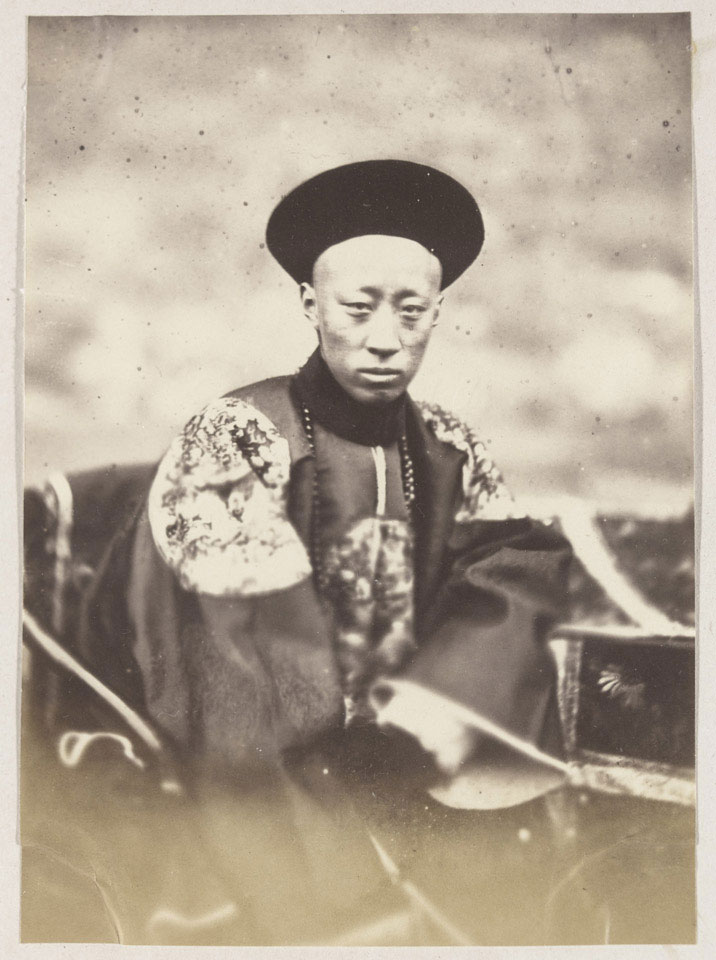 Prince Gong was the half-brother of the Chinese Emperor Xianfeng. He rose to power during the Anglo-French invasion of 1860, when the Emperor fled as the allies advanced on Peking (Beijing), leaving Gong to negotiate the peace treaty. The Convention of Peking (1860) brought an end to hostilities but greatly extended Western influence in China.

When Emperor Xianfeng died in August 1861 Gong became co-regent with the new Emperor Tongzhi. Under Gong's direction the radical political and religious uprising known as the Taiping rebellion was suppressed and China underwent a programme of modernisation.