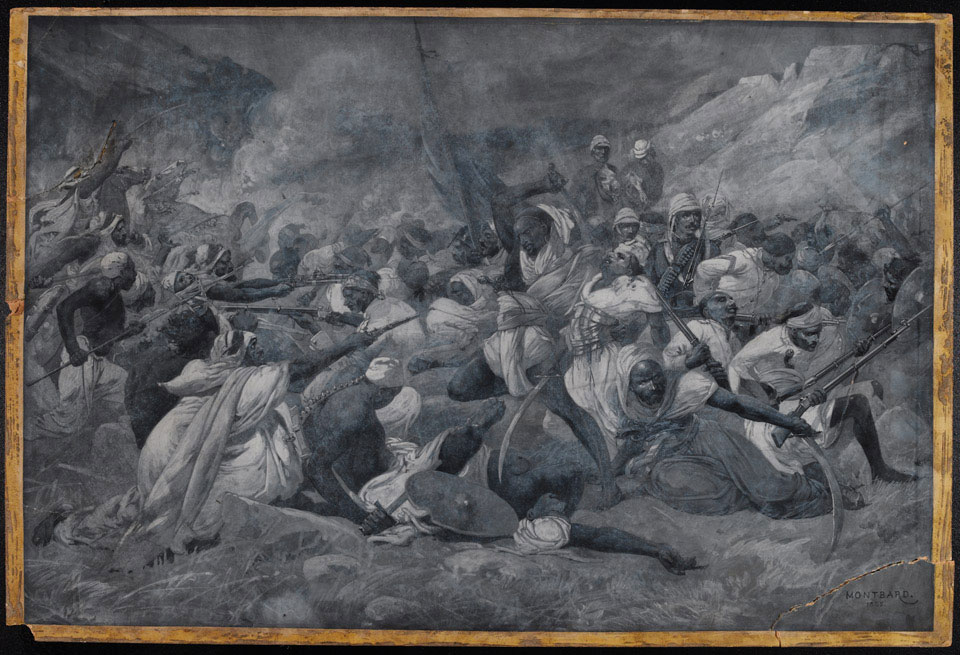 'The defeat of the Egyptian Army under Hicks Pasha by the forces of the Mahdi Muhummad Ahmad at El Obeid', 5 November 1883

Fought during the 1st Sudan War (1884-1885), the battle saw a Mahdist army annihilate an Egyptian force that had been sent into Sudan to restore order following the Islamic revolt there in 1881. The Egyptian force was commanded by William Hicks, a British veteran of the Bombay Army who had entered the Khedive's service. Hicks was killed along with nearly all of his men and his head was sent to the Mahdi as a trophy.