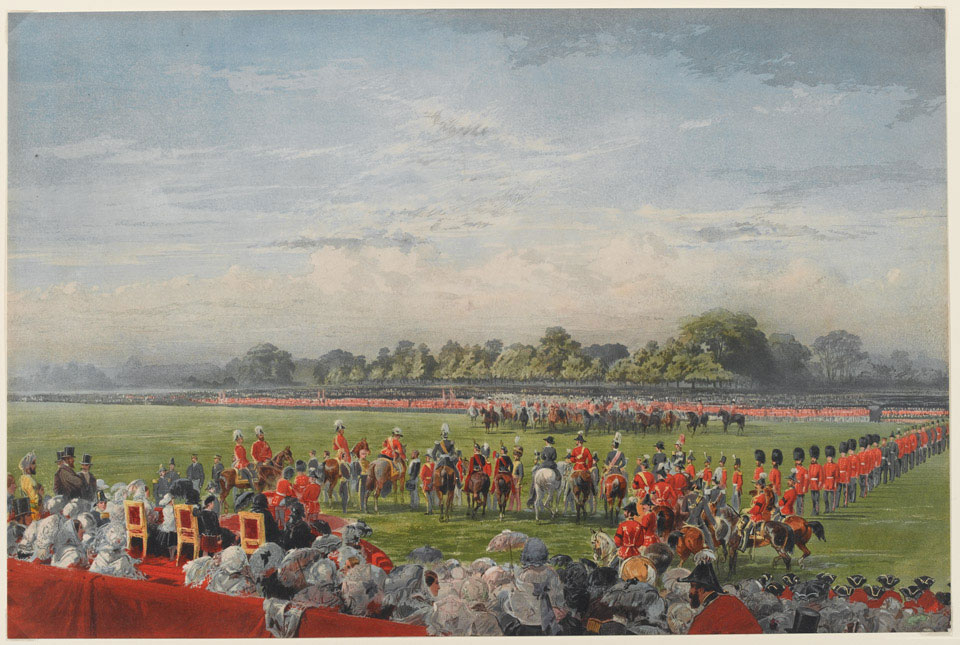 The First Distribution of the VC by Queen Victoria, Hyde Park, 26 June 1857

The first 62 Victoria Crosses (VCs) were presented to veterans of the Crimean War (1854-1856) by Queen Victoria on 26 June 1857. The Queen elected to stay on horseback throughout the ceremony, which took place in Hyde Park, London. The event was attended by large crowds who greeted the VC heroes with rapturous applause. Apparently, the Queen stabbed one of the heroes, Commander Raby, RN, through the chest as she pinned the cross to his uniform. The Commander stood unflinching while the Queen fastened the pin through his flesh!