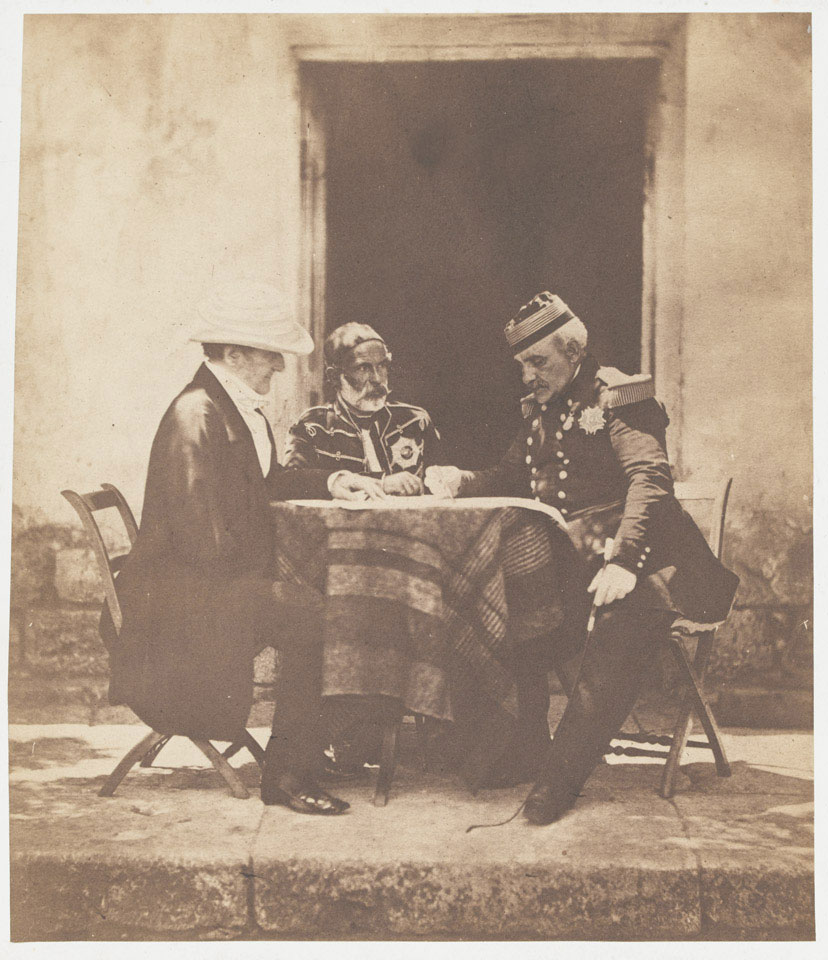 The Council of War held on the morning of the taking of the Mamelon, 7 June 1855

Lord Raglan, Marshal Pélissier and Omar Pasha seated around table during an Allied council of War at Lord Raglan's Headquarters. Although Pélissier had the utmost respect for Raglan, he treated Omar Pasha so contemptuously that the Ottoman commander, a Croatian Moslem convert born Michael Lattas, became increasingly eager to remove his army from the Crimea to the alternative theatre of war in the Caucasus.