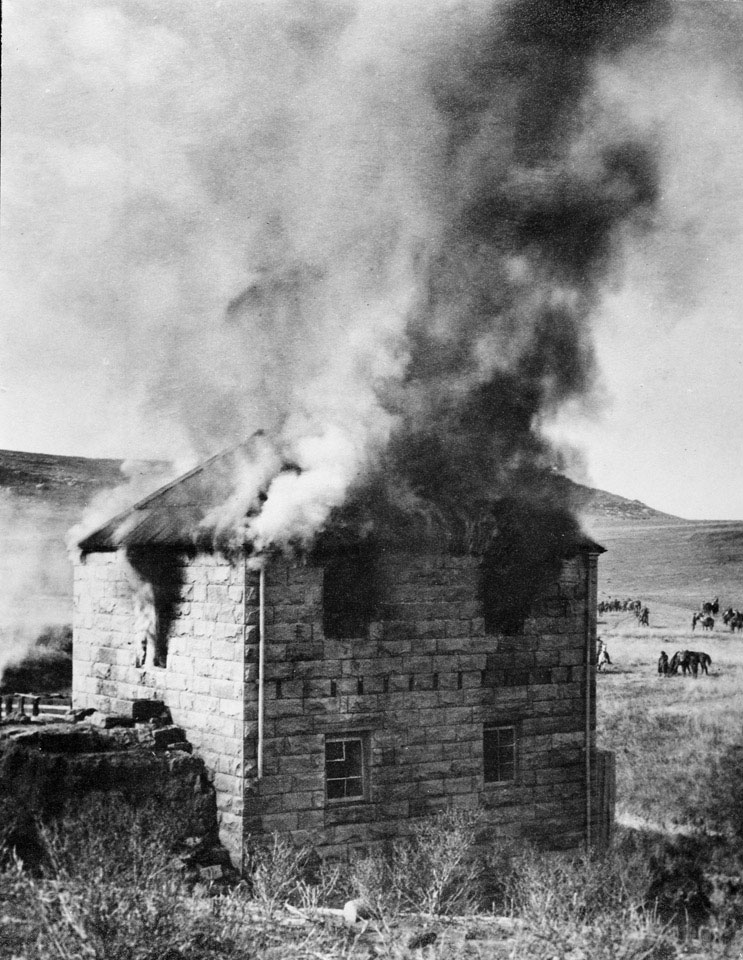 Despite the annexation of the Orange Free State and the Transvaal by the British in 1900 many Boers fought on and 18 months of cruel guerrilla warfare followed. In an attempt to prevent the Boer fighters from obtaining supplies, information and assistance, the British burned farms and crops and confined Boer families in concentration camps.