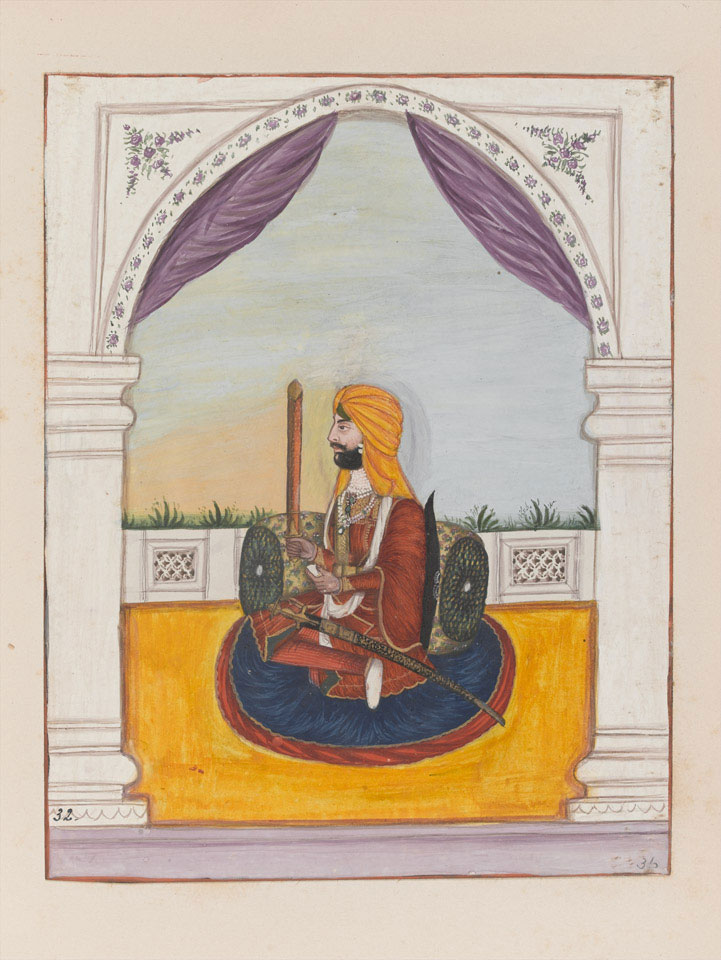 The paintings made by Indian artists for the British are called 'Company paintings' because they were made during the time of the East India Company and were often created for Company employees. Company painting emerged around 1770 and declined after the 1850s, particularly after photography was introduced to India.

Professional Indian artists were well-known at military stations and at places where travellers stopped off. They sold ready-made works and also undertook commissions.

From the second of two volumes of watercolours titled, 'The Kingdom of the Punjab. Its Rulers and Chiefs', 1865 (c).