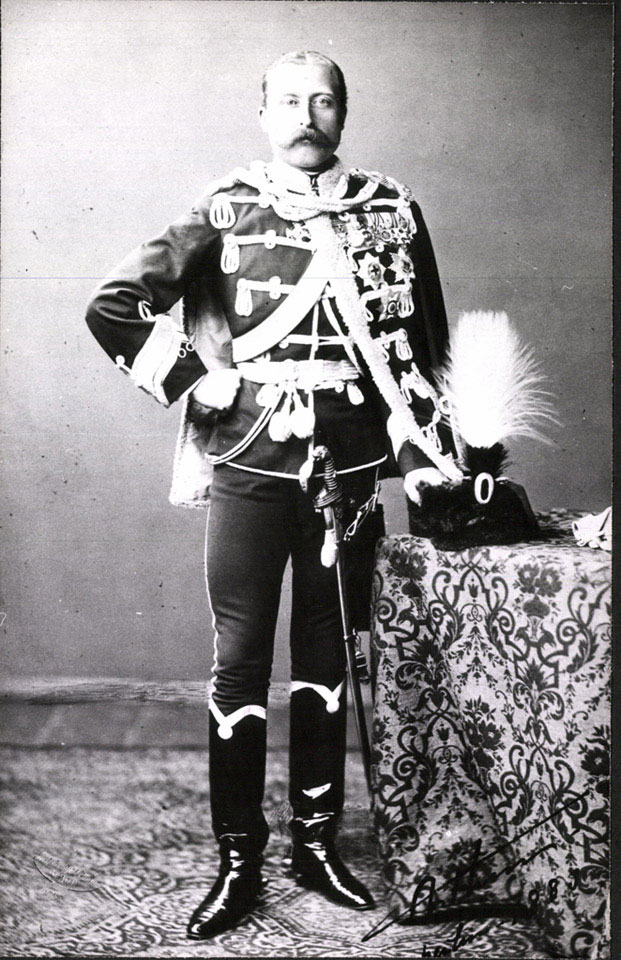 HRH The Duke of Connaught in the uniform of the 3rd Zieten Hussars, Berlin, 1883