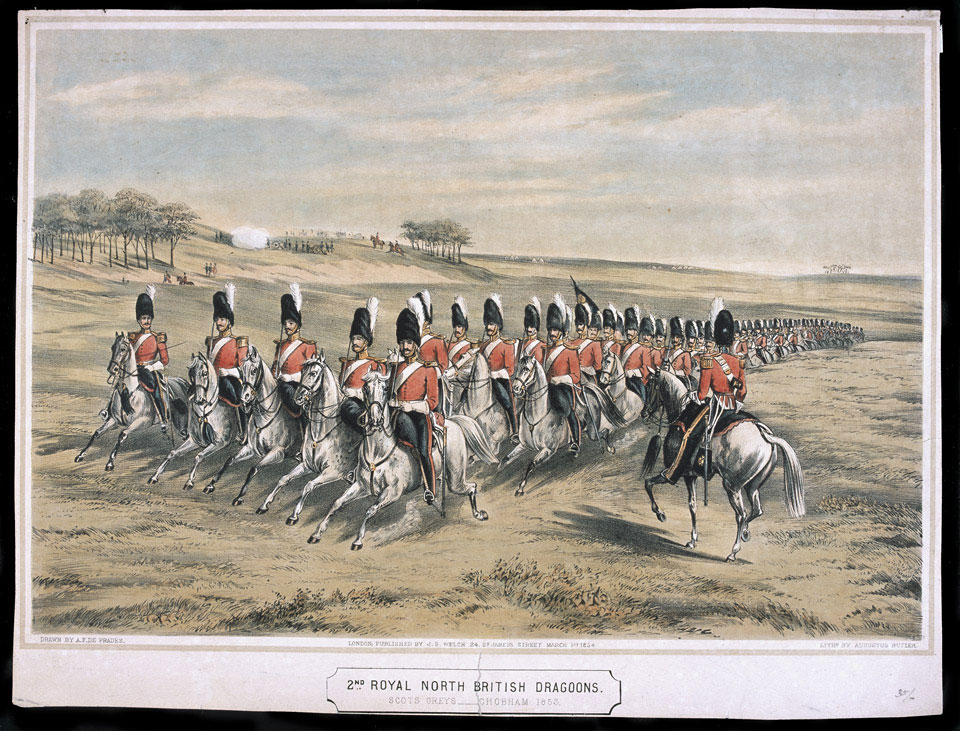 In 1693 the Royal Regiment of Scots Dragoons were inspected in London by King William III. On this occasion the whole regiment was mounted on 'greys' (horses with white or dappled-white hair). This gained them the nickname 'the Grey Dragoons' or 'the Scots Regiment of Grey Dragoons', though this only became part of their official name in 1877.