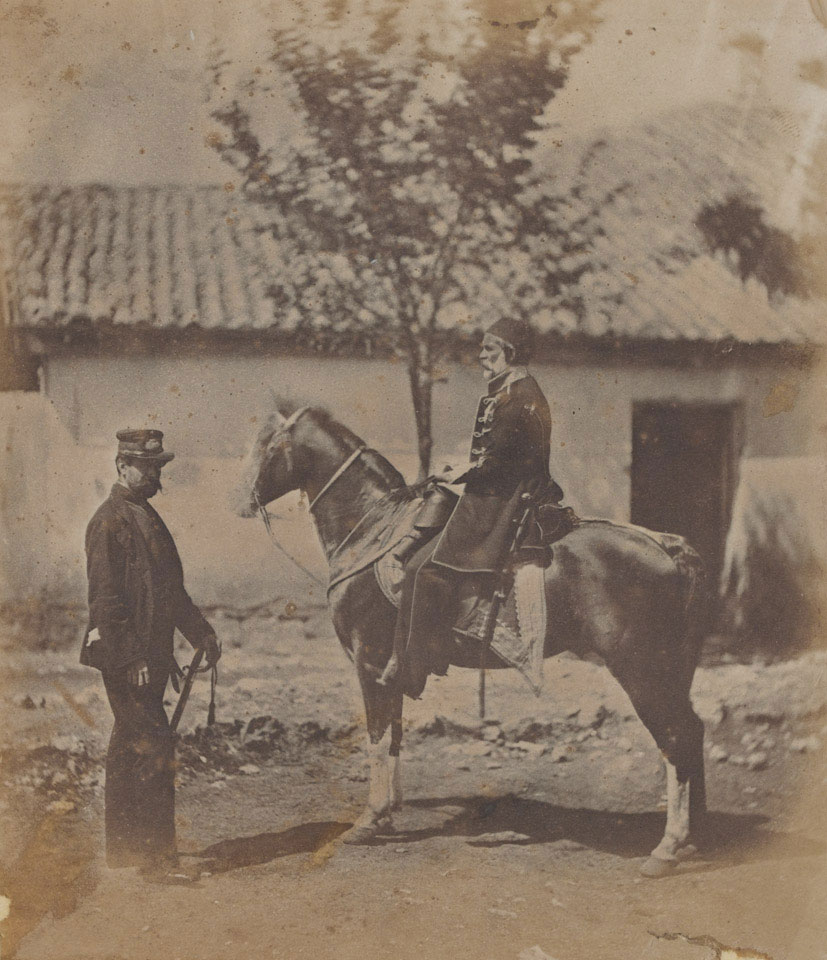 Omar Pasha (mounted) commanded the Ottoman forces in the Crimea. Captain Nigel Kingscote, one of Lord Raglan's aides-de-camp, approvingly described him as: 'A fine looking fellow, unlike the Turks, dresses in a plain grey frock coat with Jack boots, and sits well on his horse with an English seat. He does everything himself and must see it done or it is not done, the staff of every kind being the worst part of the Turkish Army'.