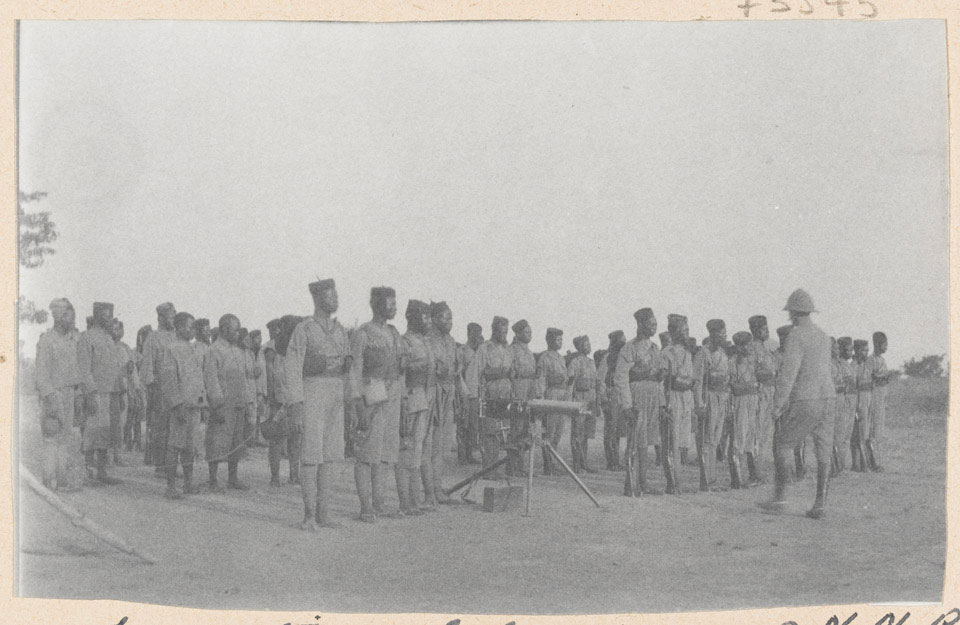 The Northern and Southern Nigerian Regiments were formed from a nucleus of irregular units such as the Royal Niger Constabulary, Niger Coast Constabulary and Oil Rivers Irregulars. They comprised the largest element of the West African Frontier Force, which had been formed in 1897 to expand British power in Nigeria, combat the slave trade and counter a perceived threat of French Colonial expansion in the region. During the First World War the Northern and Southern Regiments were combined to form the Queen's Own Nigerian Regiment, West Africa Field Force, which saw service in East Africa and the Cameroon.