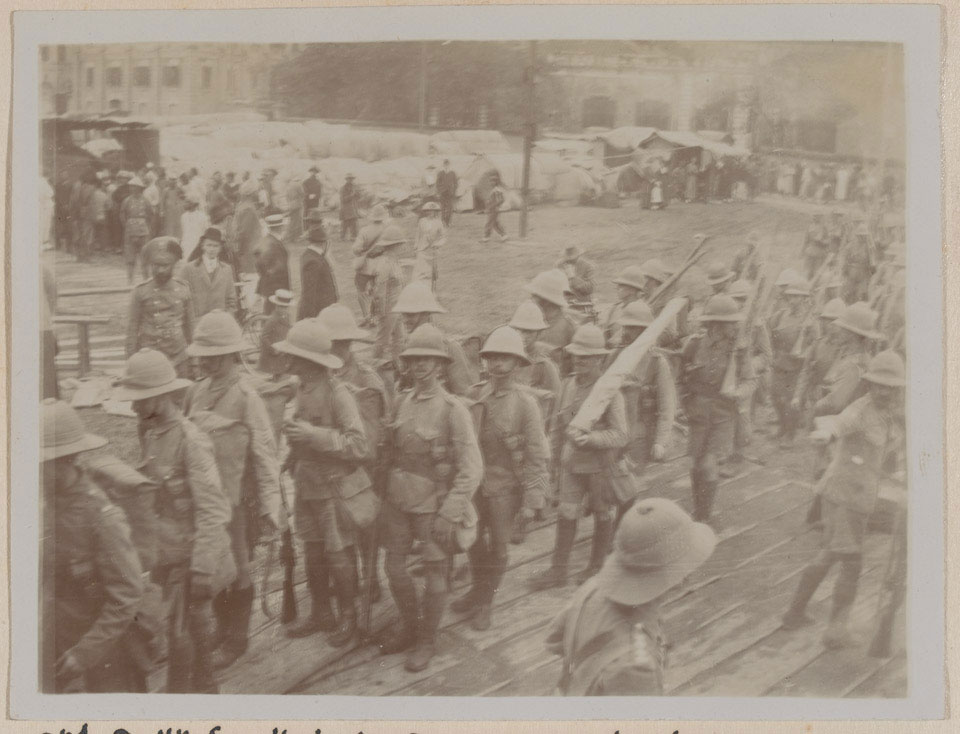 2nd Battalion The South Wales Borderers, along with a detachment of the 36th Sikhs, formed the bulk of the British troops sent to assist the Japanese in capturing Germany's naval base at Tsingtao (Qingdao) in China. Both units were then garrisoning Tientsin (Tianjin) in northern China.