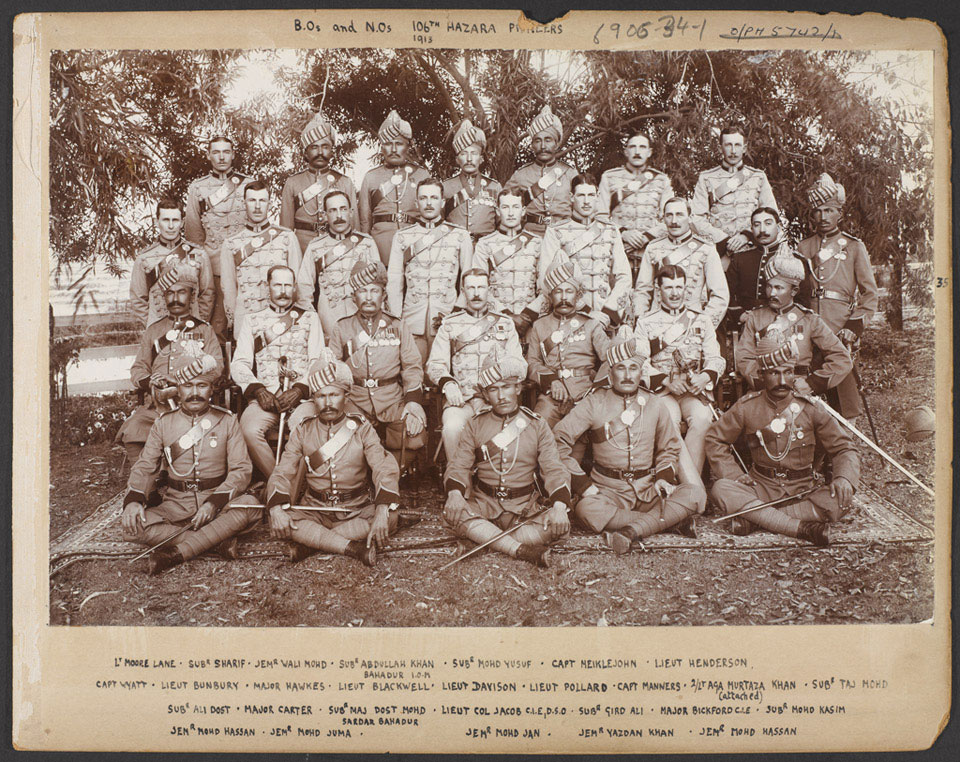 British and Native officers of the 106th Hazara Pioneers, 1913

The regiment was raised in 1904 by Major (later Field Marshal Sir) Claud Jacob, becoming the 4th Hazara Pioneers in 1922. Composed entirely of Hazaras from the North West Frontier, the regiment was stationed at Quetta in 1913. The Hazaras were of Mongolian origin and Muslim in religion. They were descendants of military colonists introduced into Afghanistan by Jenghiz Khan, some of whom moved south into India.

One of five photographs, mounted on two sheets from an album, relating to 106th Hazara Pioneers, 1913.