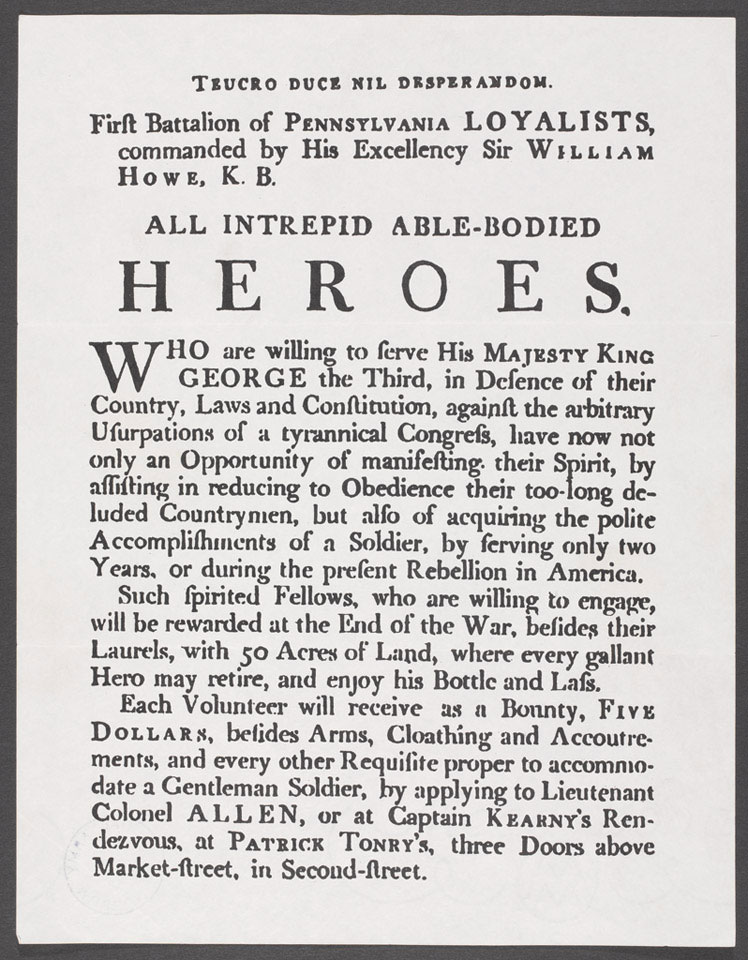 During the American War of Independence (1775-1783) about 15 to 20 per cent of the population of the 13 American colonies, around half a million colonists, supported the Crown and were known as Loyalists or Tories. Many of these people preferred to join locally recruited units instead of becoming Redcoats. At least 20 Loyalist regiments were raised. These included the British Legion, commanded by the notorious Banastre Tarleton, and the Queen's Rangers. Around 50,000 Loyalists served in both regular and irregular units during the war.