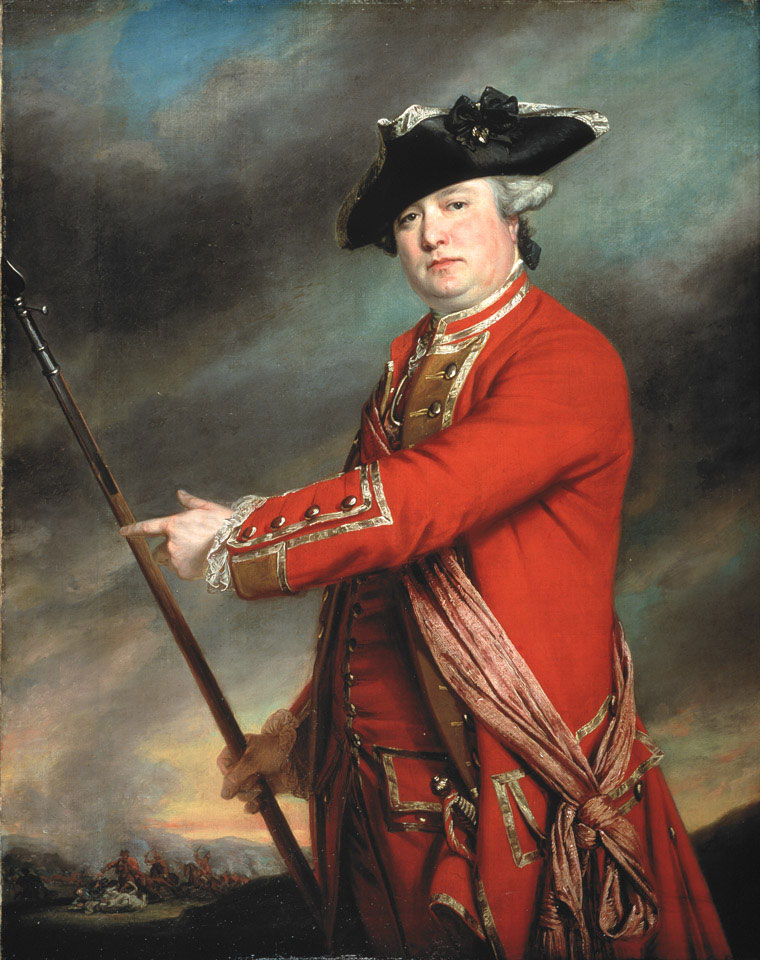 Francis Smith (1723-1791) was commissioned Lieutenant in the Royal Fusiliers on 25 April 1741 and joined the 10th Foot as a Captain on 23 June 1747. In February 1762 he was promoted to Lieutenant-Colonel and five years later he took the regiment to America.

In 1775, as a Brevet Colonel with nearly 12 years' colonial experience, he commanded a detachment drawn from several regiments which fought at Lexington, the first action of the American War of Independence (1775-1783). He received a serious leg wound at Fiske Hill, outside Concord, on 19 April 1775 and in August that year he applied for retirement. However, despite having shown himself somewhat mentally slow when in action, he was retained in the service and promoted. He commanded a brigade at Long Island in August 1776 and at Quaker Hill, Newport (Rhode Island) in August 1778. Later that year, the regiment returned home to recruit and retrain. Smith eventually rose to the rank of Major-General in 1779 and Lieutenant General in 1787.