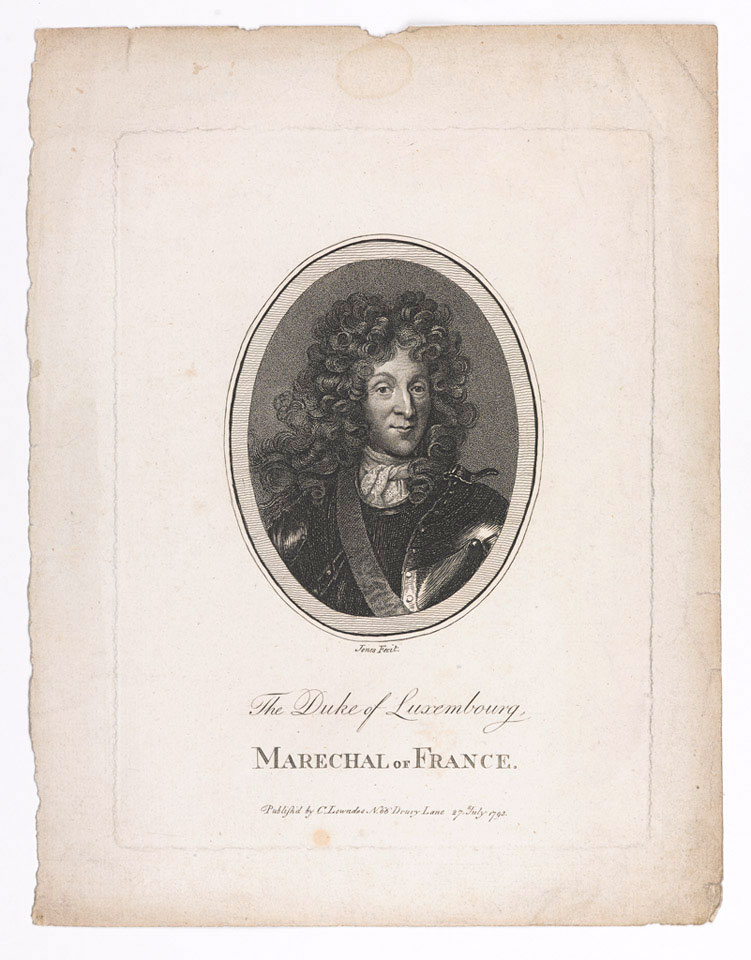 The great French general Luxembourg made his reputation during the Dutch War (1672-1678), campaigning with success in Holland and the Rhineland. In 1675 he was made Marshal of France.