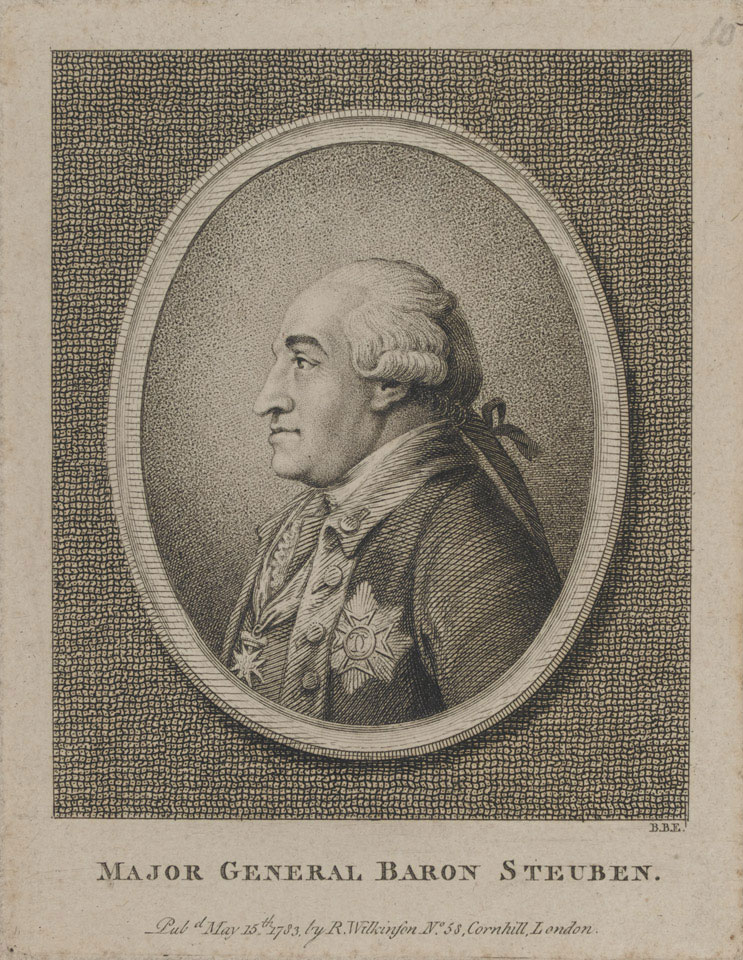 Friedrich Wilhelm von Steuben served in the Prussian Army during the Seven Years War (1756-1763) and fought on the American side in the American War of Independence (1775-1783) as Inspector General of the Continental Army. Steuben taught the new Army the essentials of military drill and discipline, including training in the use of the bayonet.