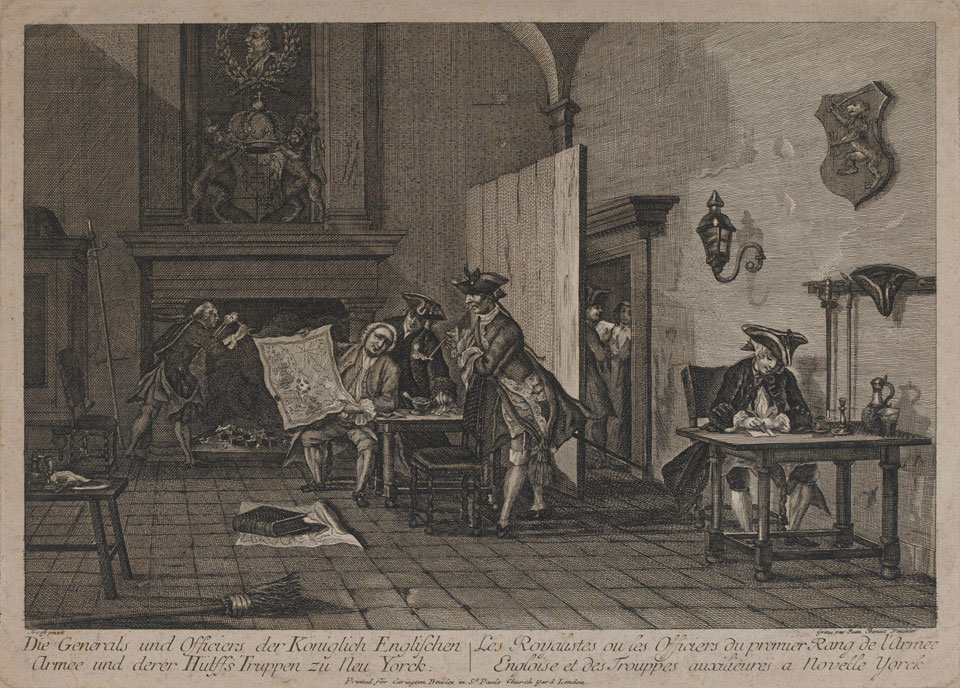 British officers study a map in their New York billet. There were about 7,000 British troops in the American colonies on the eve of the War of Independence (1775-1783). Some of these garrisoned the remote forts controlling the Proclamation Line (the divide between Native American and colonial territory) and the main overland routes.

The remainder policed the towns and ports. As well as defending settlers from border attacks by Native Americans, smuggling and civil disturbances were the main problems faced by the Army.

Soldiers posted to colonial garrisons were generally accommodated in purpose-built barracks. In America, extra soldiers brought in to police the Stamp Act of 1765 were accommodated 'in inns and uninhabited houses' at local cost.