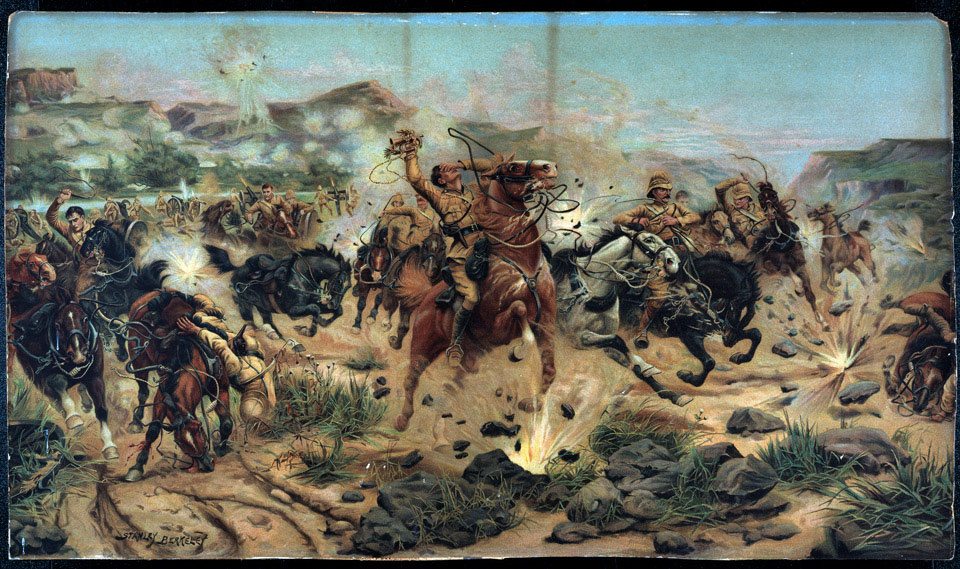 In order to prevent General Sir Redvers Buller crossing the Tugela River on his advance to relieve Ladysmith, Boer forces under Louis Botha occupied a position on the hills around Colenso, a village 22.5 km south of the besieged town.

On 15 December 1899 Buller launched a frontal assault on the Boer positions. Intending to give the attacking infantry the closest possible support, Colonel Charles Long moved 14th and 66th Batteries, Royal Field Artillery into the open to within 900 m of the Boers, who subjected them to intense artillery and rifle fire. When Long's ammunition was almost exhausted, the crews unharnessed the horses and, leaving the guns, retired to the cover of a ditch about 740 m away to await fresh supplies. Here they were joined by Buller, who called for volunteers to save the guns.

Corporal George Nurse (1873-1945) and some drivers of the 66th Battery, with three of Buller's staff, including Lieutenant The Hon Frederick Roberts (1872-1899), King's Royal Rifle Corps, only son of Lord Roberts, reached the guns under a hail of fire and got two away, but Roberts was mortally wounded. Further attempts to reach the remaining ten guns proved fruitless, and Buller eventually ordered them to be abandoned. Lieutenant Roberts (posthumously) and Corporal Nurse were both awarded the Victoria Cross for their part in the action.