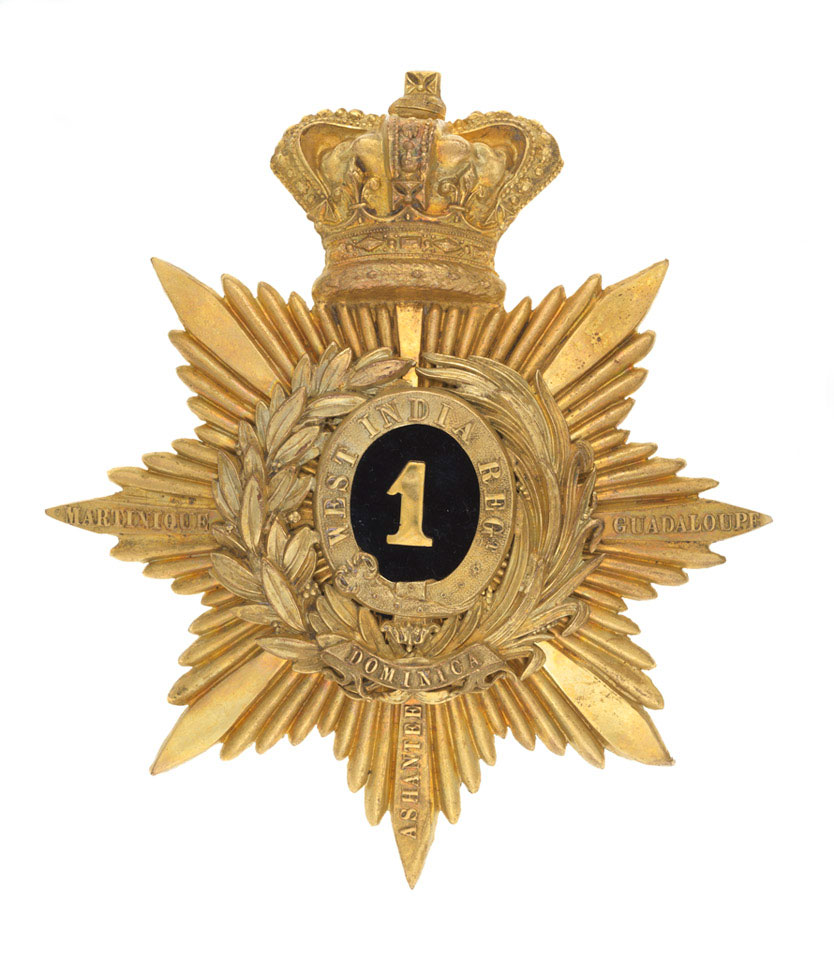 Gilt metal badge in the form of an eight-pointed, rayed star, surmounted by a monarchial crown, with the battle honours, 'Martinique', 'Guadaloupe' and 'Ashantee' on the arms. In the centre, a superimposed regimental number, '1', upon a black velvet ground, within a garter bearing the unit title, 'West India Regt', surrounded by a laurel and palm wreath, with a scroll below, bearing the battle honour, 'Dominica'.

The West India Regiment was an infantry unit of the British Army recruited from and normally stationed in the Caribbean colonies. Between 1795 and 1888 there were between one and 12 West India Regiments. From 1888 there was one regiment of two battalions. The Regiment served in West Africa during the second half of the nineteenth century and in the Middle East during World War One. The two battalions were amalgamated into a single battalion in 1920. This was disbanded in 1927. The Regiment was briefly revived in 1958 during the short-lived Federation of the West Indies, but finally abandoned in 1962.