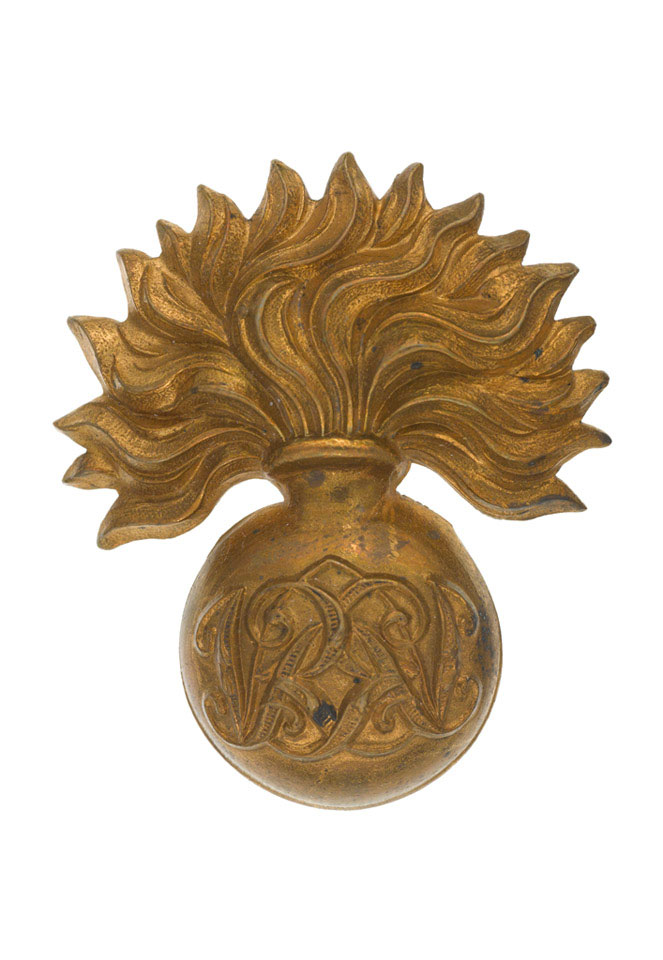 The Grenadier Guards is the oldest foot guard regiment in the British Army. It traces its lineage back to a regiment formed in Bruges in 1656 by King Charles II to act as part of his bodyguard during his exile. Despite its age, the regiment did not adopt a flaming grenade as its cap badge until 1815 when it defeated the French Imperial Guard's grenadiers at Waterloo. It also assumed that unit's title and bearskin helmet.