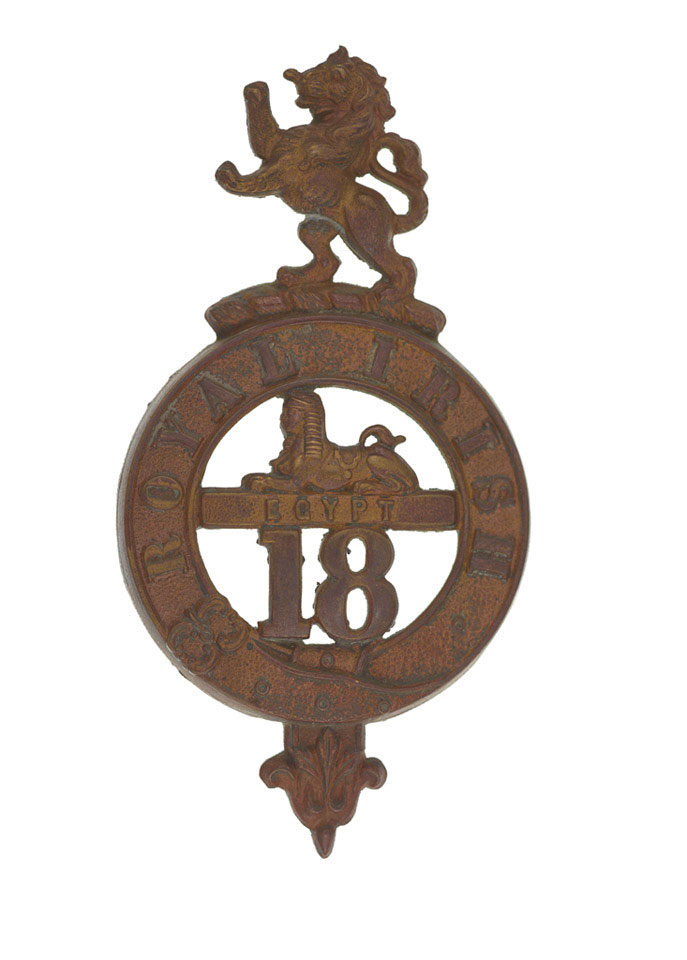 This badge depicts the regimental number below a Sphinx and the campaign 'Egypt' within a garter bearing the regimental title. The latter is surmounted by a lion rampant.

The origins of the 18th (Royal Irish) Regiment of Foot can be traced back to the English Civil War, but it was officially formed in 1684. The Regiment fought in North America during the American War of Independence (1775-1783). Service throughout the French Revolutionary Wars (1792-1801) included the campaign in Egypt, acknowledged by the inclusion of the Sphinx in its insignia.