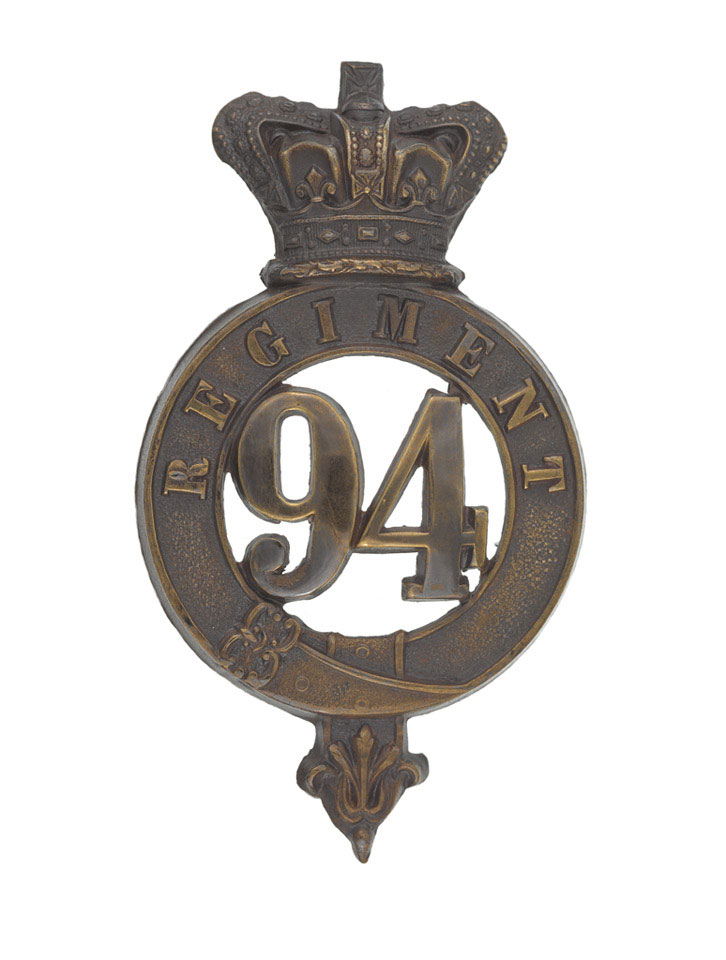 This regiment entered the British Army's establishment in 1794, but its lineage dated back to the Scotch Brigade, a force originally formed in the 16th century for service in the Netherlands. This was eventually given the numeral 94 in 1802. Apart from a brief period of disbandment between 1818 and 1823 it then remained in service until the 1881 Army reforms when it was merged into the Connaught Rangers.