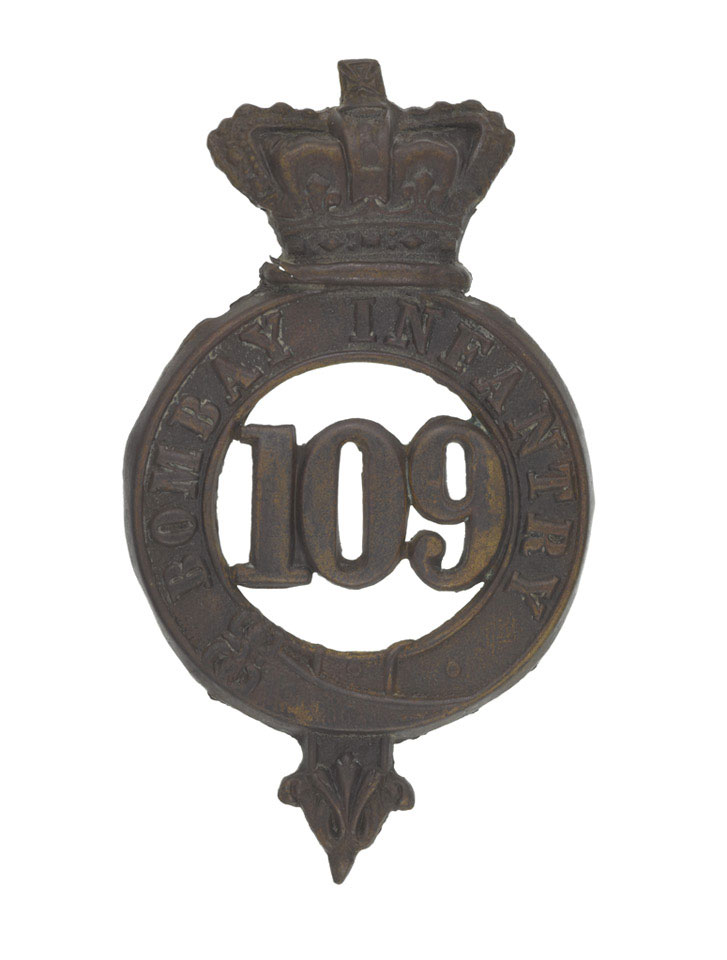 This regiment was raised in 1853 by the East India Company as the 3rd Bombay (European) Regiment. Following its service in the Indian Mutiny (1857-1859) it transferred to British government control and entered the British Army order of precedence with the numeral 109. In 1881 it was amalgamated with the 100th Regiment of Foot to form The Prince of Wales's Leinster Regiment (Royal Canadians).