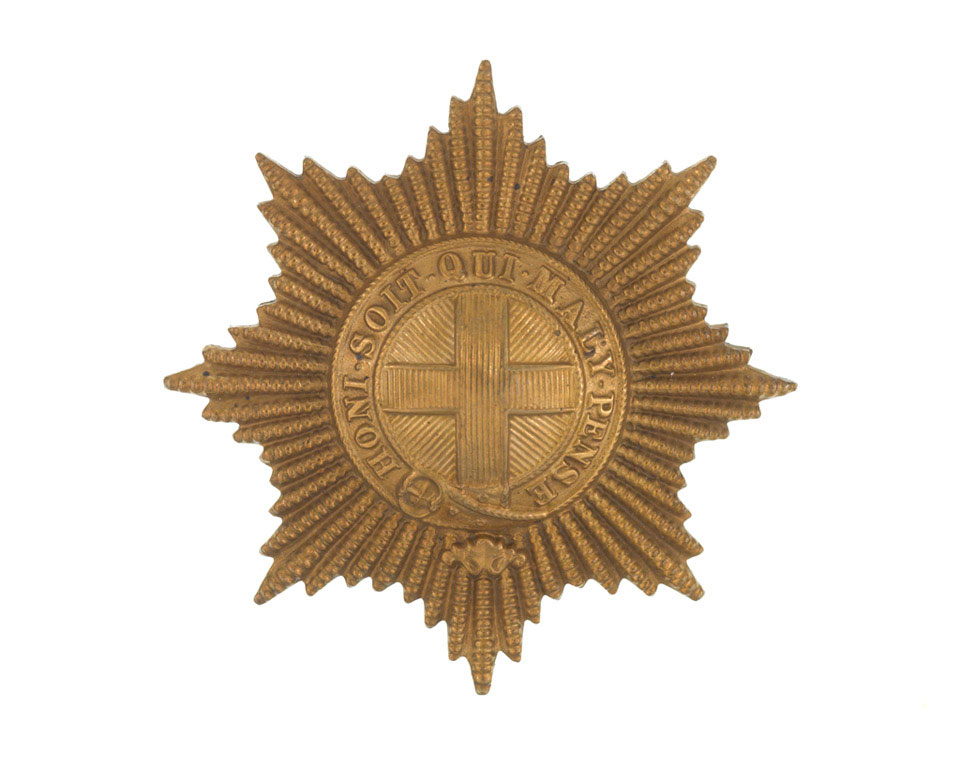 Badge in the form of an eight-pointed rayed faceted star, at the centre of which is a Garter bearing the motto 'Honi soit qui mal y pense' (Shame on him who thinks evil of it). Within the garter is a cross.

Formed in 1650, the Coldstream Guards are the oldest continuously serving regiment of the regular British Army. As well as guarding the monarch and undertaking ceremonial duties, its soldiers have served as infantry in almost every major campaign fought by the Army.