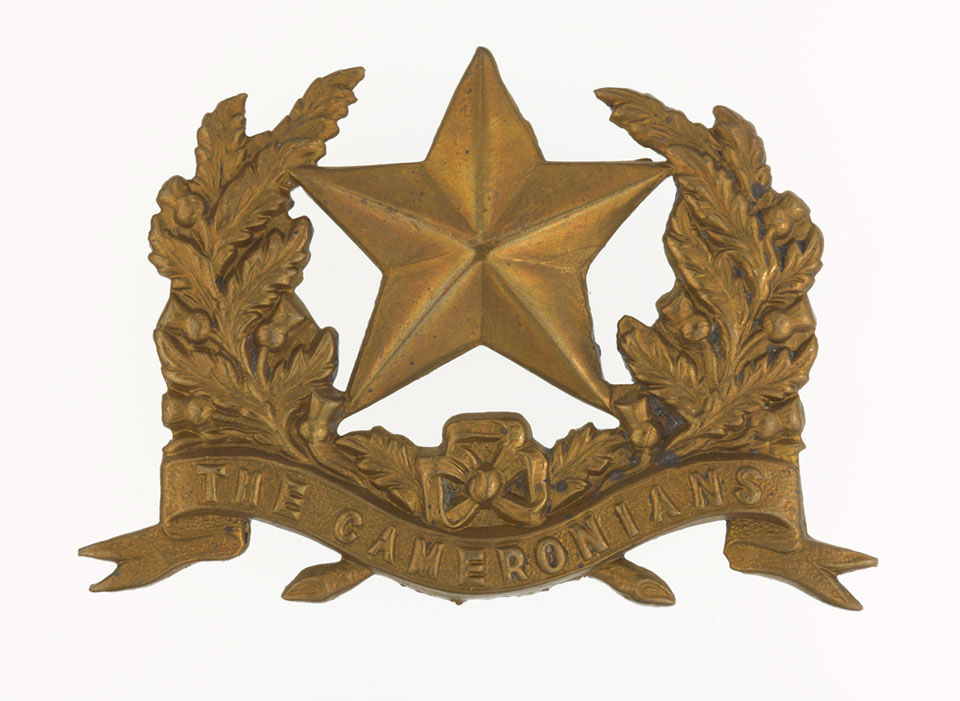 The 26th was a Scottish infantry regiment originally raised in 1689 by the Earl of Angus to support William of Orange's claim to the English and Scottish thrones. The unit initially recruited heavily from men from the 'Cameronians', radical religious reformers who followed Richard Cameron, a leader of the Scottish Covenanter Presbyterian movement.

The Cameronians saw service in Europe during the War of the Spanish Succession (1701-1713), fighting at the battles of Blenheim, Ramillies and Malplaquet. The regiment became the 26th Regiment of Foot in 1751. The 26th served in North America during the American War of Independence (1775-1783), and fought against Napoleon's forces in Egypt in 1801 and Spain in 1809.

After two long periods of service in India the regiment returned to Britain in 1875. As part of wide-scale reform of the British Army, the regiment was formerly amalgamated with the 90th (Perthshire Volunteers) Regiment of Foot in 1882. The Cameronians (Scottish Rifles), reduced to a single battalion, was finally disbanded in 1968.