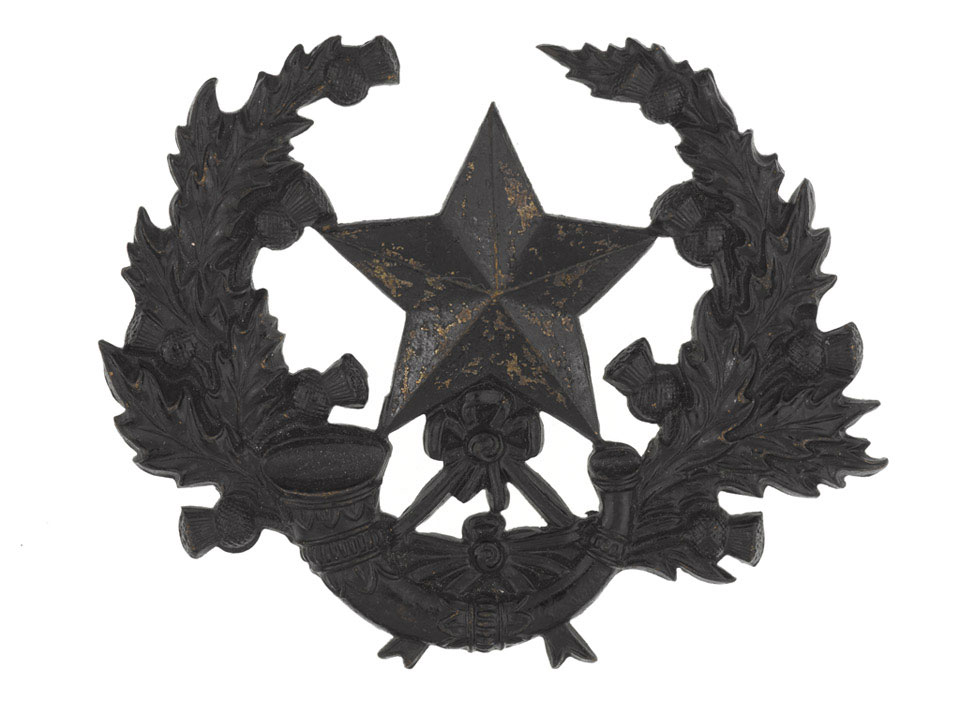 This unit was formed in 1881 by merging the 26th (The Cameronian) Regiment of Foot and the 90th Regiment of Foot (Perthshire Volunteers) (Light Infantry). It was designated as a rifle unit rather than regular infantry and this badge depicts a bugle, an instrument that was incorporated into the badges of all light infantry regiments. The badge also depicts the star of the Douglas family who provided the first colonel, the Earl of Angus, of the old 26th.