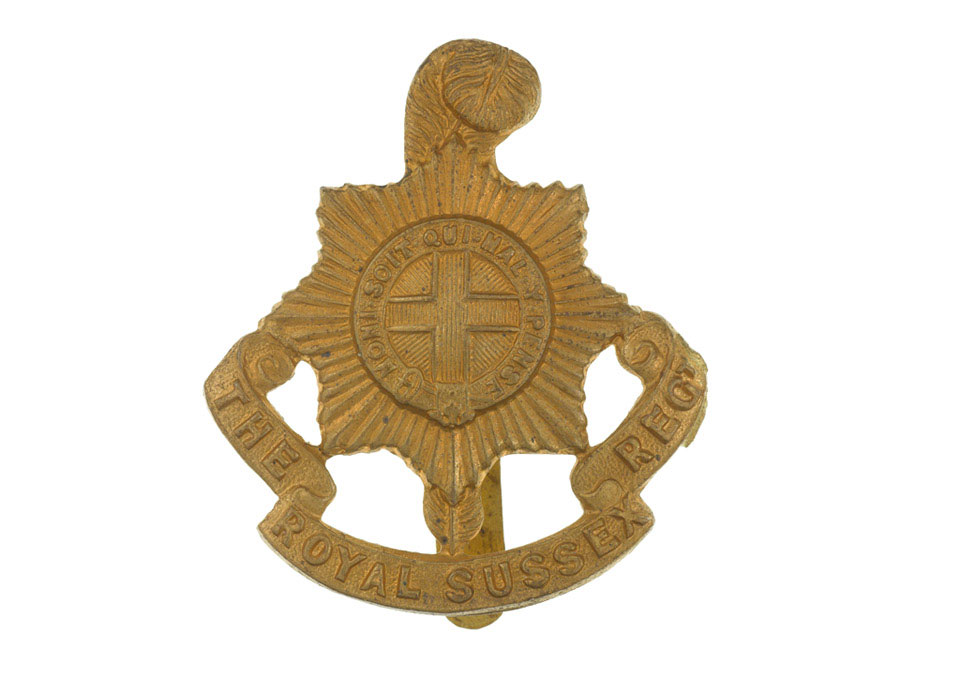 The badge of this unit includes the Star of the Order of the Garter over the Roussillon plume, with a scroll below inscribed 'The Royal Sussex Regiment'. It is believed that the regiment adopted the Star after the colonel of the Sussex Militia, the Duke of Richmond, had the Order conferred upon him. The Roussillon Plume commemorates the regiment's role at Quebec in 1759 where they defeated the French Regiment of Royal Roussillon. The Sussex took the French soldiers' long white feather plumes from their hats and added them to their own.