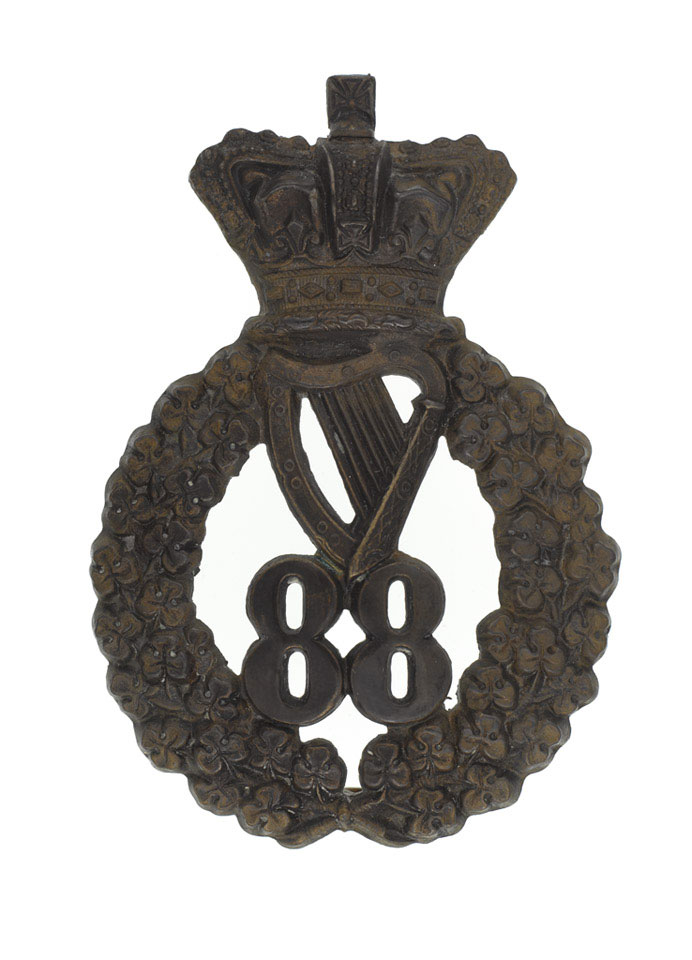 Raised in 1793 in Connaught, a region in the west of Ireland, the 88th Regiment's motto was 'Quis Separabit?', which translates as 'Who Shall Separate Us?' They were also known as 'The Connaught Footpads' and 'The Devil's Own', nicknames given to them by General Sir Thomas Picton for their alleged propensity to plundering and their bravery in battle during the Peninsular War (1808-1814).