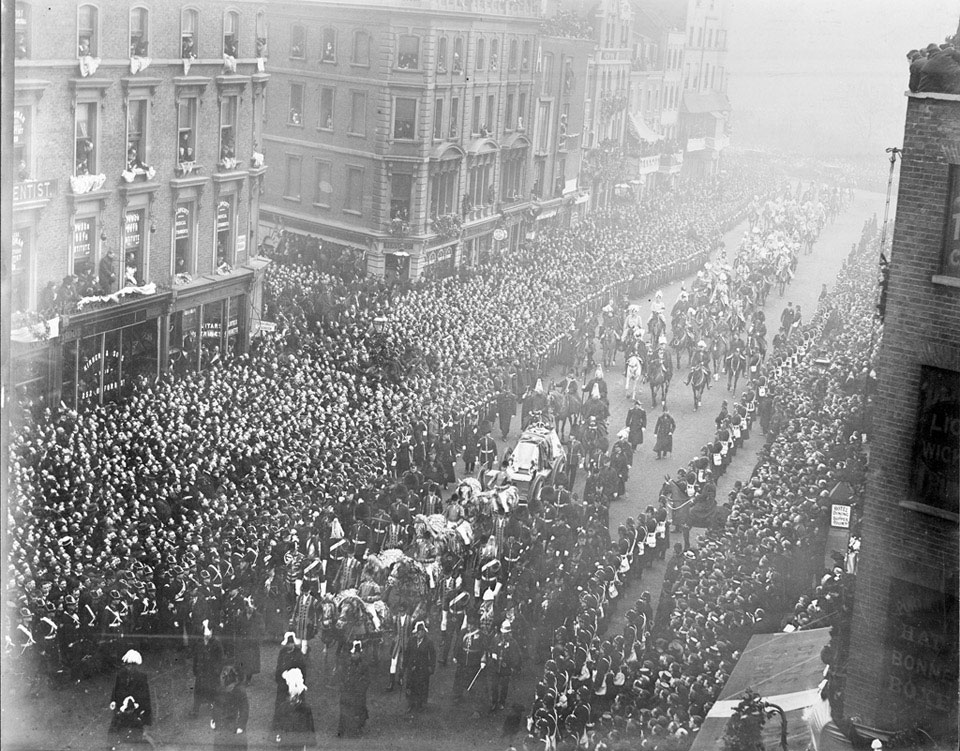 Queen Victoria died on 22 January 1901 at Osborne House on the Isle of Wight. After arriving at Victoria railway station her coffin was borne on a gun carriage to Paddington. From there it was to be transported to Windsor for the funeral service. Every branch of the Army was represented in the military procession that accompanied the cortege to Paddington station.

The Royal Horse Artillery had been assigned the task of pulling the Queen's carriage from Windsor station to St George's Chapel. However, their horses became restless so a team of sailors took over. Following a State Funeral on 2 February 1901, Victoria was buried beside Prince Albert in the Frogmore Mausoleum at Windsor.